Is “We the People” Site Useful, Ridiculous or Both? 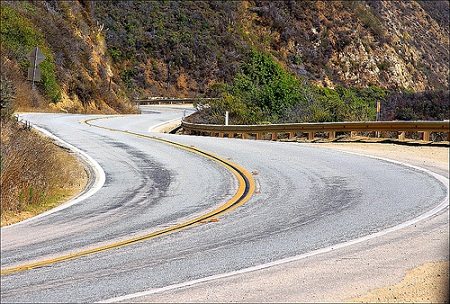 It will now take 100,000 petition signatures to trigger an Obama administration review of petitions submitted via the White House’s “We the People” petition site. NPQ has noted the popularity of petitions on this site related to issues ranging from gun control and seceding from the U.S. to deporting CNN host Piers Morgan and classifying the Westboro Baptist Church as a hate group. Up until now, any petition that received 25,000 signatures was guaranteed White House review. Why the new standard? White House Director of Digital Strategy Macon Phillips writes:

“When we first raised the threshold—from 5,000 to 25,000—we called it ‘a good problem to have.’ Turns out that ‘good problem’ is only getting better, so we’re making another adjustment to ensure we’re able to continue to give the most popular ideas the time they deserve.”

If we understand Phillips correctly, the issue is that the White House doesn’t feel that it has enough time to respond to the volume of petitions hitting the 25,000-signature mark so it wants to raise the bar. The White House has faced criticism for its selective address of the petitions and, indeed, some of the petitions may have reflected the will of the people but perhaps did not rise to the level of seriousness the administration would have liked to see. Perhaps the fact that a petition to build a Star Wars-style “Death Star” spaceship reached 25,000 signatures didn’t help the administration feel that the threshold was high enough as to limit potentially frivolous petitions.

In an article for The Atlantic titled “The White House Petition Site is a Joke (and Also the Future of Democracy),” Megan Garber notes that the site is a new platform and therefore this latest move is a step in a longer process. She writes that although the site was destined to have a short shelf life:

“The White House’s digital petitions, for better or for worse, represent something rare in a republican democracy: direct interaction with the federal government. Even – and, again, especially – in a networked communications environment, that kind of explicit engagement is implicitly valuable. We have had, for the most part, two primary ways of making our opinions known, en masse, to the government that makes decisions on our behalf: voting and polling. Both are blunt instruments, and both are, for various obvious reasons, unsatisfactory as mechanisms of interaction with the government.”

Garber calls the site “ridiculously absurd” but she lauds its ability to engage citizens via its place in the digital grassroots:

“[I]t’s worth remembering, for all the spottiness, that these digital petitions are a relatively new platform – the familiar petition, under the power of network effects – and, like any new technology, they’ll inevitably have their growing pains before they mature into a (relatively) finalized form. Much of that maturing, in this case, will have less to do with the technology itself and more to do with its users – with people, essentially, figuring out how to make productive use of it.”

What is your take on the “We the People” petition site? – Ruth McCambridge and Mike Keefe-Feldman