Is This as Good as It Gets? The False Promise of Risk-Based Medicare and For-Profit Dominance of Care 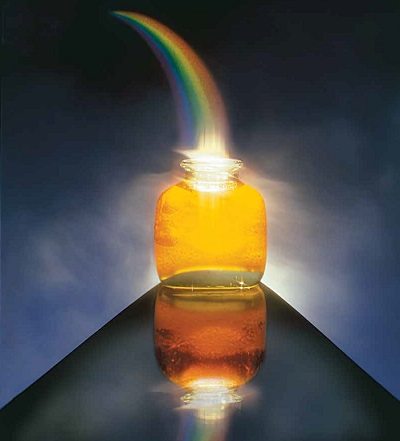 Editors’ note: This article is featured in the Nonprofit Quarterly‘s fall 2014 edition, “Grappling with Competition: The Nonprofit Landscape.”

Until 1980, for-profit home-health agencies were not allowed to receive Medicare funding. For-profits were originally excluded because home health was viewed as originating from a voluntary and public health–sector environment. By 1980, the free-market model in health insurance had shifted significantly—to a managed-care model building on the work of Dr. Paul Ellwood and the beginnings of the Medicare managed-care benefit. In 2000, a risk-based managed-care model of reimbursement was instituted. Since then, the growth of for-profits among nursing homes, hospices, and home healthcare has been nothing short of explosive. A number of pieces of research indicate that for-profits in these fields tend to create increased costs for the taxpayer and provide a reduced quality of care.

Evidence of the risk-based model’s failure to meet the promise of managed-care pioneers to simultaneously increase quality and decrease costs for Medicare patients, compared to the Medicare fee-for-service (FFS) model, has been mounting for years.1 In a separate though related development, the Medicare risk-based models have been accompanied by a rapid, significant dominance of for-profit providers—particularly among Medicare’s two largest post–acute care providers, home health and hospice—a result of which has been significant cost increases, with for-profit profit margins significantly exceeding those of nonprofits. A second result has been data raising significant questions as to whether for-profit-managed post–acute care providers deliver quality care at least equal to that delivered by nonprofits, with new data in Medicare home health indicating that for-profits provide lower-quality care at higher costs while garnering higher profit margins.2

This article examines the evidence Congress has ignored both at the broad level and—more specifically—at the level of home health and hospice, and the implications as we enter the Affordable Care Act era.

Dr. Ellwood and other managed-care pioneers asserted, beginning in the 1960s, that the managed-care model used by commercial health insurers was successful in reducing costs and increasing quality of care, and should be adopted by Medicare.3 However, the commercial populations, unlike Medicare, catered to young, middle-class or higher-income-level single adults and families with children, all with limited health risks.4 But others criticized the use of managed care and privatization in healthcare as ultimately more costly and less focused on patient care than the publicly operated programs, which are without profit incentives and are not privately owned.5

Nevertheless, in 1973 Congress began phasing in what is now called “Medicare Part C,” or “Medicare Advantage,” believing it would decrease Medicare costs.6 Medicare Part C enrollment has been increasing steadily from 6.9 percent in 1999 to approximately 15.7 percent of all Medicare beneficiaries in 2014.7 However, the Part C plans have been found to cost approximately 10 percent more per Medicare beneficiary compared to Medicare FFS programs.8 A recent National Bureau of Economic Research study indicates that the Medicare program has attempted to limit the increasing costs of Medicare Part C providers via changes to the risk factors included in the risk-based reimbursement formula.9 The Part C providers mastered the adjusted formulas to maintain or increase profits. The Center for Public Integrity has presented evidence of Medicare Part C providers’ questionable billing practices, including questionable coding decisions to maximize reimbursement under the risk-based formula.10 Another study has examined the quality of outcomes in Medicare Part C compared to Medicare FFS beneficiaries and concluded that the issue has not been well studied but that what study there is shows some limited, preliminary evidence that Medicare Part C may be less costly, depending on the methodology used.11

In addition to literature on the Medicare Part C program, there is substantial literature generally on for-profit quality-of-care performance and costs compared to that of nonprofits. The literature is particularly relevant to examination of post–acute care providers where for-profit care provision using risk-based models dominates. Studies of hospitals, health maintenance organizations, nursing homes, hospices, and dialysis providers have found that investor ownership is associated with lower quality and, where hospitals are concerned, higher costs.12 In fact, after comparing performance differences—cost/efficiency, quality, access, amount of charity care, etc.—between private for-profit and private nonprofit U.S. healthcare providers, based on 149 studies of multiple relevant databases since 1980, Pauline V. Rosenau and Stephen H. Linder asserted, “Caution is warranted on policies that encourage private for-profit entities to replace private nonprofit providers of health care services in the United States.”13

The Medicare home health prospective payment system (PPS) took effect in October of 2000, instituting a managed-care risk-based model using home health resource groups (HHRGs). The HHRGs were based on twenty-plus elements from a national home health assessment instrument, Outcome and Assessment Information Set (OASIS), to reimburse for sixty-day episodes.14 Much like the earlier diagnosis-related groups (DRGs) for Medicare inpatient care, the provider took the risk per episode for costs being above or below the reimbursement rate, creating the potential for profit or loss. Home health agencies began using OASIS in 1999. Beginning in 2003, the Centers for Medicare and Medicaid Services used multiple OASIS-based elements to create a nationally mandated set of quality indicators in the publicly available Home Health Compar