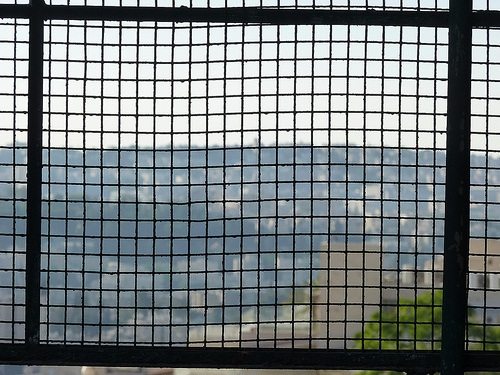 It seems to be a recent trend that one of the most important functions of nonprofits is to release secret documents to the public because the public needs to know what they say. That’s clearly the motivation of the Israeli NGO Breaking the Silence. It describes itself as “an organization of veteran combatants who have served in the Israeli military since the start of the Second Intifada and have taken it upon themselves to expose the Israeli public to the reality of everyday life in the Occupied Territories.”

Last week, Breaking the Silence released a secret report compiled by the European Union missions in Jerusalem and Ramallah. Israeli officials aren’t happy with the report, which raps Israel for its support of settlement construction, which the report describes as “systematic, deliberate and provocative” before concluding that such construction “remains the biggest single threat to the two-state solution.” Interestingly, the EU and some European countries are among the top funders of Breaking the Silence.

In discussing archeological activity around the Temple Mount, a site of strong significance to Jews, Muslims, and Christians, the report criticizes Israel for “exclusively stressing the historical connection of the Jewish people and strengthening Israeli control of the area.” Because the EU appears committed to the idea of Jerusalem as the future capital of both Israel and Palestine, the singular focus of Israel’s archeological work, the report charges, “undermines the universal character of the city” and makes the proposed dual role for Jerusalem “practically unworkable.”

Breaking the Silence is committed to generating debate through circulating information that the public doesn’t typically see or hear. In its own words:

“Soldiers who serve in the Territories witness and participate in military actions which change them immensely. Cases of abuse towards Palestinians, looting, and destruction of property have been the norm for years, but are still explained as extreme and unique cases. Our testimonies portray a different, and much grimmer picture in which deterioration of moral standards finds expression in the character of orders and the rules of engagement, and are justified in the name of Israel’s security. While this reality is known to Israeli soldiers and commanders, Israeli society continues to turn a blind eye, and to deny that what is done in its name. Discharged soldiers returning to civilian life discover the gap between the reality they encountered in the Territories, and the silence about this reality they encounter at home. In order to become civilians again, soldiers are forced to ignore what they have seen and done. We strive to make heard the voices of these soldiers, pushing Israeli society to face the reality whose creation it has enabled…We collect and publish testimonies from soldiers who, like us, have served in the West Bank, Gaza and East Jerusalem since September 2000, and hold lectures, house meetings, and other public events which bring to light the reality in the Territories through the voice of former combatants. We also conduct tours in Hebron and the South Hebron Hills region, with the aim of giving the Israeli public access to the reality which exists minutes from their own homes, yet is rarely portrayed in the media.”

In all the debates about the role of the nonprofit sector, we often forget that one of its most important roles in a democratic society is to support public discourse about critical national or societal issues. For Breaking the Silence and others, the commitment to disclosure reflects not just a central tenet of its organizational mission, but a core value of the nonprofit sector. —Rick Cohen