John Cusack: Government Secrecy “at an All Time High” 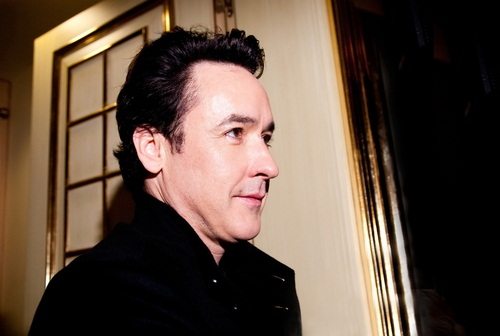 Actor John Cusack writes about the his support for the Freedom of the Press Foundation, launched only six weeks ago, because, he says, at the beginning of President Barack Obama’s second term, “government secrecy is at an all time high, and officials who leak information to the press are routinely being intimidated, and whistleblowers are being prosecuted at a record rate.”

If Cusack’s right, that’s quite a record for the U.S. government. The administration that pledged to be the most open and transparent in history is turning out to be one of the most secretive, according to Cusack. Six weeks ago, the Foundation picked four organizations committed to transparency journalism—WikiLeaks, MuckRock, the National Security Archive, and the Uptake—for funding and got 1,900 people to raise $200,000 for them.

Now the foundation will be raising money for a second group of groups—the Bureau for Investigative Journalism, the Center for Public Integrity, and Truthout—plus WikiLeaks as a holdover from the first batch. Think of the Freedom of the Press Foundation as a crowdsourcing fundraising program for press watchdog groups. Each of the groups pitches specific, investigative projects to be funded by Freedom of the Press Foundation donors. Examples include the Bureau for Investigative Journalism trying to identify by name people killed by U.S. drone strikes, the Center for Public Integrity examining the financial relationships between defense contractors and Congress, and Truthout sending a reporter to Guantanamo Bay to report on the military commission trials of alleged 9/11 co-conspirators.

Cusack himself is offering a $10,000 matching grant to kick off this second phase of fundraising. While one might or might not like some of the directions taken by the groups the Foundation will be funding, it is hard to deny the importance of its commitment to the freedom of the press in our society. We’ve been told that there is an emerging appetite in the U.S. for transparency and disclosure, but in practice, too many governmental agencies and nonprofits close their doors and windows and pull down the shades. It’s time for some sunshine, starting with the Obama administration.—Rick Cohen