Johns Hopkins University released a study in December of 2012 that surveyed the core values that distinguish nonprofits, entitled “What Do Nonprofits Stand For? Renewing the nonprofit value commitment.” Now, Johns Hopkins has released an infographic featuring those seven key values the surveyors viewed as making nonprofits stand out:

The infographic is shown below: 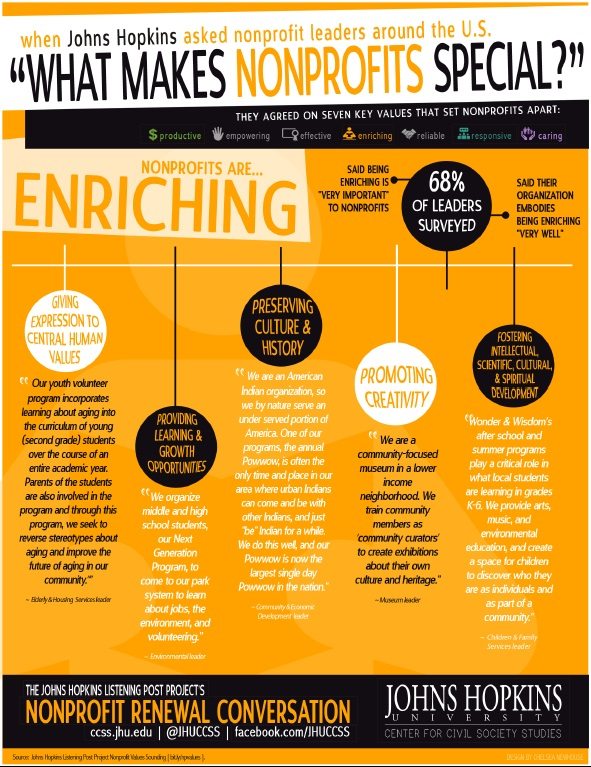 Hopefully, those of us in the nonprofit sector don’t need an infographic to inform us about what makes nonprofits special. The John Hopkins report also found a consensus opinion that the sector needs to do “a better job of articulating and communicating these values among their stakeholders in the media, government, and general public.”—Aine Creedon