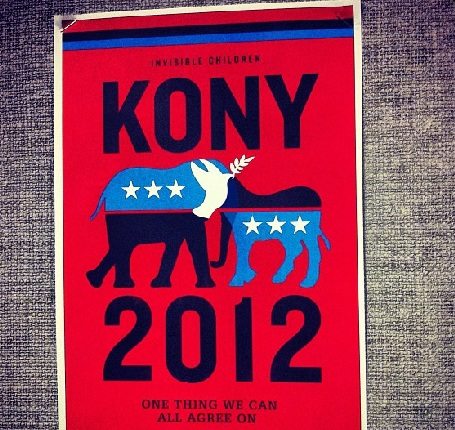 Invisible Children, the charity known for making the hugely popular “Kony 2012” viral video, has attracted unflattering attention with another video, though this one, it seems, was not meant to be publicly released. In a video recently posted online by the tabloid TMZ, Jedidiah Jenkins, the charity’s director of ideology, is seen celebrating Invisible Children’s receipt of a $1 million prize from the Chase Community Giving Facebook competition. The award was made about a week after the devastating earthquake in Haiti.

In the video, Jenkins holds a bottle of Smirnoff vodka and slurs to the camera, “I don’t know if you heard this or not…but we won a…we won a million dollars so…pretty rad.” After chugging from the bottle, Jenkins continues, “A hundred thousand for Haiti and $900,000 in extra for me.”

A source associated with Invisible Children reportedly told TMZ that Jenkins made the video for a colleague as a joke—thinking it was a private act that he posted on a “private” YouTube page. Jenkins has issued a statement confirming the authenticity of the video as a joke and says the vodka bottle was actually filled with water.

Invisible Children has benefitted greatly from the viral distribution and reporting on its online videos. Many envious charities and activists are and stepping up their efforts to attract similar attention for their organizations and causes. But as this latest incident demonstrates, the nature of viral communications is that the “virus” is uncontrolled; wanted attention to a charity’s best message can morph into unwanted attention to a charity’s less wise moments immortalized on video, as seems to be the case here.

The viral nature of online communications also means a charity has less control over how a message from its employees or volunteer leaders might be interpreted; boundaries of that which is “official” or “unofficial” may break down, at least when it comes to public opinion, when a viral message becomes a conversation piece and a focus of media coverage.

Jenkins’ video, the attention it has received, and his affiliation with this “trending” charity once again raises questions about the extent to which a charity should—or can—attempt to control its brand and reputation by limiting the communications of its employees and volunteer leaders. For more on this subject, NPQ has written quite a bit on the still evolving issue of the need for social media policies including here and here. –Michael Wyland