Journalist Calls for Death to Tax Exemptions for Universities 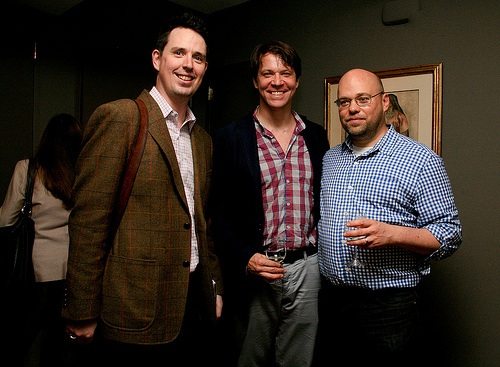 Felix Salmon, in his opinion piece, “Universities shouldn’t be tax exempt,” buries Cooper Union for the $18 million of “tax equivalency payments” it receives annually from a small square of land it owns underneath the iconic Chrysler Building in midtown Manhattan—money, Salmon says, that “would normally flow to New York City in the form of property taxes, but instead gets diverted to Cooper Union for its own uses.”

“Diverted” is a loaded word with accusatory connotations in this context, and that shades the entire fabric of Salmon’s government-heavy wealth distribution scheme. Salmon explains in an earlier article in Architect Magazine that New York City’s Independent Budget Office (IBO) is contemplating eliminating this tax exemption because even though the esoteric free-school is in freefall financially and abolishing the exemption “will mean certain death for the college,” the “unusual tax break” loses its public purpose as Cooper Union is planning for the first time to charge tuition, beginning with the class matriculating in the fall of 2014.

Salmon quickly shifts to rail against the Harvards of this country for being shrewd hedge funds with tiny educational institutions growing on their noses. He picks on Harvard, an easy target because of its healthy $30.7 billion endowment as of a year ago, stating that the richest private university’s incidental academic function winds up “more than paying for itself in the tax exemption it confers upon the entire endowment.” Salmon points to the perverted land-lust “expansionism” of New York University, because its real property tax exemption makes it easier for it to scoop up precious patches of Manhattan, as, Salmon says “it can extract more economic value out of property than other actors” who aren’t endowed with the same breaks.

Salmon’s undergirding argument against the traditional tax exemption (that is perhaps most responsible for allowing esteemed academic traditions to develop) is that by replacing the exemption with direct government cash subsidies “we would get vastly more bang for our buck”—ostensibly, he posits, because the money would be a strong investment in education rather than mostly feathering the mattresses of the fattest cats, such as Harvard. Salmon points to the imbalance between public (direct-funded) and private tax-exempt universities by citing the tragic example of the University of California system being “starved to death” because it is politically easier to reduce public school funding than to mess with tax exemptions that, by the way, flow to all universities, public and private.

Salmon is not all wrong with his dour view of tax exemption for education. It does distort the economic actions of major players, such as NYU and Harvard. But what Salmon is actually pursuing at bottom is more government control of private academia. Salmon ignores the meritocracy of successful universities with high academic reputations like Harvard, which would be flattened with what he calls “a revenue-neutral abolition of universities’ tax exemptions,” ergo a redistribution of wealth across the entire field. Salmon is, in essence, arguing that government knows better than academia how to run academia, because control follows the money.

Moreover, ending the tax exemptions would be far from “revenue neutral”; Salmon sorely misjudges the psyches of alumni when he writes that public funding of private universities would wind up only “slightly reducing alumni giving.” He also forgets that there would be far less revenue generated by government for it to distribute, because the wealth of endowments is created by the private nature of the universities, which leads to the freedom and the nimbleness responsible for their success. An end to exemptions would be the end of private educational institutions.—Louis Altman