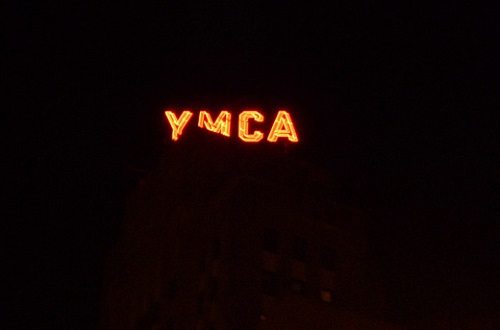 The Topeka Capital-Journal reports that YMCA executives in Topeka, Olathe, and Wichita have publicly denounced a bill up before the Kansas house that would eliminate the property tax exemption held by a certain type of nonprofit organization across the state.

Charlie Lord, the YMCA Topeka’s CEO, told the paper that legislation raising their tax liability would “have devastating consequences if signed into law.” That branch serves 50,000 people annually at three branches and at a 165-acre camp.

“Any additional tax,” the article quotes him as saying, “and the YMCA of Topeka goes away.”

The Kansas House Taxation Committee held a hearing on House Bill 2498, which would eliminate the property tax exemption from service providers if more than 40 percent of their revenue comes from memberships. The committee took no action on the bill, and nobody spoke in favor of it.

The proposal comes at the same time that the committee is considering a separate measure that would give a property tax break to for-profit fitness clubs across Kansas. Health clubs across the state have lobbied the 2013 and 2014 legislative sessions on behalf of that bill, which was passed last year by the State Senate but failed in the House. One lobbyist has made at least $65,000 in campaign contributions—a huge sum for a state of that size—to dozens of state legislators to promote the measure.

Dennis Schoenebeck, chief executive of the Greater Wichita YMCA, told the Capital-Journal that the call “for leveling the field among nonprofit organizations and for-profit companies engaging in fitness programs ignored their diverse missions” because services provided to low-income children and families by YMCAs are not met by profit-driven operations.

“There’s more to it than services lost,” Schoenebeck said, “and more to it than dollars. It’s civic involvement. You’re building a community. These are quality-of-life programs. We’re much broader than a fitness center.”

The move by politicians against the YMCAs may or may not be a favor for private health clubs and fitness centers, but it has certainly attracted the interest of other nonprofits in the Sunflower State. Goodwill Industries of Kansas is concerned that the House bill could capture their operation as well by being extended to clothing retailers, as in most of the U.S., Goodwill’s thrift stores compete on some level with vintage clothing retailers.

Republicans and Democrats on the tax committee have taken an interest in the Wichita YMCA’s 990s, which show that it had $16 million in excess revenue at the end of 2011. They also raised the possibility of charging sales tax on YMCA memberships and asked questions about executive salaries, facility expansion, claims of financial support to the City of Wichita, and whether volunteers or employees at YMCAs engaged in Christian instruction.

YMCA executives responded that the surplus at the Wichita Y was an anomaly, and that proposals increasing the financial pressures on charitable nonprofits require greater scrutiny and consideration.—Larry Kaplan