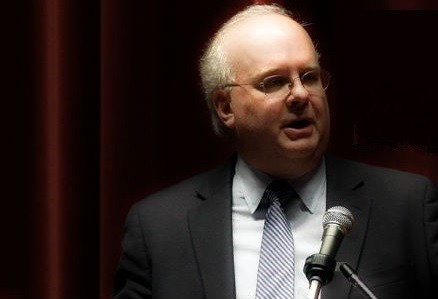 Apparently GOP leadership is beginning to cotton on to the fact that if they shut down the government in an attempt to defund Planned Parenthood they may be shooting themselves in their collective foot. In fact Republican strategist Karl Rove in a op-ed published in The Wall Street Journal on Wednesday  declared that the move would be a “disaster for the pro-life cause.” For Rove, it is the right cause but the wrong tactic in that recent polls have indicated that most of the public not only does not want funding to Planned Parenthood cut and also oppose a government shutdown for that purpose.

“Republicans in Congress who want to risk a shutdown over Planned Parenthood have an obligation to spell out how they would get it done. They can’t,” Rove wrote. “That’s why any Republicans who engineer a shutdown will be unwitting allies of the abortion movement,” not to mention that they would be risking a descent in the polls similar or worse than the 28% plummet they experienced after  the last shutdown

He called the advocates of the strategy a “suicide caucus” bent on self-promotion and acknowledged Planned Parenthood’s widespread support albeit in a backhanded way, saying, “A shutdown would give Planned Parenthood an opportunity to play the victim, and the majority of taxpayer dollars it receives are from mandatory spending programs like Medicaid, which is not subject to a shutdown.” he said.

Meanwhile the Senate did block the bill yesterday, but House Speaker John Boehner apparently may have plans to advance a bill separate from the budget that would proceed with the attempt to defund Planned Parenthood. Any action like that would likely be vetoed by the President. Reportedly GOP leadership is also considering ramping up investigations of the nonprofit.—Ruth McCambridge