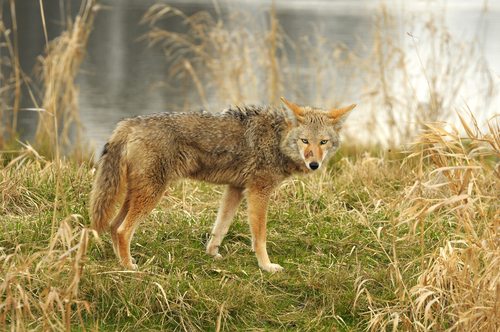 A pawnshop sponsored a Coyote Kill Contest this weekend, saying that half the proceeds will go to the Children’s Outdoor Adventure Association. “They take children who have cancer, disabilities, they take them out either hunting, fishing, camping, basically whatever their last wish is,” Alan Flaig of the Guns and Gold Pawn Shop explained.

Around 70 people went out in teams of two to hunt coyotes for prizes, while protestors stood outside the University of New Mexico campus calling wildlife killing contests a “blood sport.”

Hunting coyotes is legal in New Mexico, and Flaig said the contest helps ranchers rid their properties of the coyotes. “I don’t know why they’re going after these contests, they’ve been going on for years and years and years. It’s one way of putting a little bit of control on the coyote,” he said.—Ruth McCambridge