Kiwanis Faces Utah State Fine for Fundraising Without a License 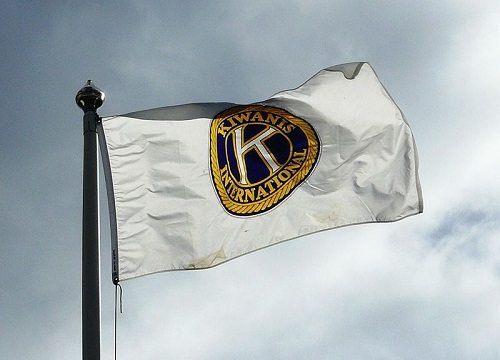 A fine levied by the state tax commission on a Provo, Utah nonprofit prompted a discussion among Utah lawmakers about the state’s tax policies, reports the Provo Daily Herald. It also points out how important it is for nonprofits to know state and local regulations and fix those that need fixing.

The legislature’s Revenue and Taxation Committee was briefed on a case involving the Spanish Fork Kiwanis Club and its efforts to sell food at a local rodeo to raise money for scholarships. (Spanish Fork is a small city just south of Provo.) After the club sold food last year, the paper reports, it was fined by the tax commission for failing to pay taxes on the money the club made.

A Utah state senator worried that such enforcement actions by the state tax commission would deter organizations from doing charitable work in the future, and she asked if changes were needed to Utah’s tax rules so that groups engaging in activities like bake sales can avoid fines.

Current Utah law says that only registered 501(c)(3) organizations receive tax-exempt status in the state, meaning that organizations not registered as 501(c)(3)s, nonprofit or not, still need to pay taxes. Apparently, the local Kiwanis club was using the national Kiwanis organization’s 501(c)(3) status, but had itself not registered with the state. Because it was not recognized by the state as a 501(c)(3) but as a 501(c)(4), it was being fined. The group said that it looked at changing that status, but found it would cost about $1,000—money the group would like to put toward the scholarships it gives away.

In response, some ideas were floated among the committee to fix such situations. One option offered by another senator would be to set a dollar limit for such activities so that any money raised under a certain amount would not be taxable income. The committee took no action, but the legislature expects to explore additional approaches. However, for now the best option for nonprofit groups in Utah looking to raise money and do so without facing a tax fine is still to make sure they are registered as 501(c)(3)s.

These are the kind of arcane state and local laws that have just as much of an impact on America’s nonprofits as the much-discussed charitable tax deduction and federal funding debates in Washington. To date, Utah’s nonprofit community has not weighed in on the issue, but it sounds like they have something new to advocate for.—Larry Kaplan