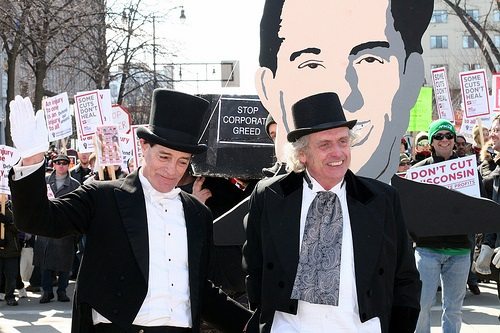 Conservative billionaires Charles and David Koch, known to many as the Koch Brothers, have been widely reported to be at the center of a network of groups and organizations that support right-wing causes. With all the recent discussion of political activity in 501(c)(3) charities and 501(c)(4) “social welfare” organizations, it’s significant that the Koch Brothers are about to file a 38-page report with the IRS for a group called Freedom Partners, a 501(c)(6) “business league” with a mission of “defending innovators and entrepreneurs.”

Freedom Partners, established in 2012, gave more than $250 million in grants to organizations including the Center to Protect Patient Rights, an anti-Obamacare group that received $115 million; Concerned Women for America Legislative Action Committee ($8.2 million); the National Rifle Association ($3.5 million); and the U.S. Chamber of Commerce ($2 million). The State Tea Party Express, the Tea Party Patriots, and Heritage Action for America were among groups that received less than $1 million each.

The Huffington Post report is based on a report from Politico’s Mike Allen and Jim VandeHei. As they note, this means that Freedom Partners was the second-largest conservative organization active in the 2012 election cycle, eclipsed only by Karl Rove’s Crossroads GPS, which spent $300 million.

It’s difficult to make changes to nonprofit regulation to modify how nonprofit organizations operate in elections. When do public education and issue advocacy become political activity? When does political activity intend to influence elections, and which elections does it seek to influence? Besides, there are some organizations whose advocacy we like and others we detest. Making it more difficult for nonprofits to advocate will likely affect many nonprofits, rather than just a few.—Michael Wyland