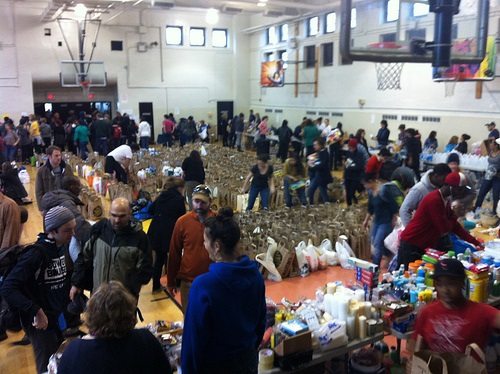 The Bureau of Labor Statistics has been conducting studies of the rate of volunteerism in the U.S. since 2002, and its study this year shows that rate to be the lowest to date at just 25.4 percent. Neither the Bureau nor the Corporation for National and Community Service were able to explain the drop. Judging from the chart below, the decline began to be recorded in 2006. 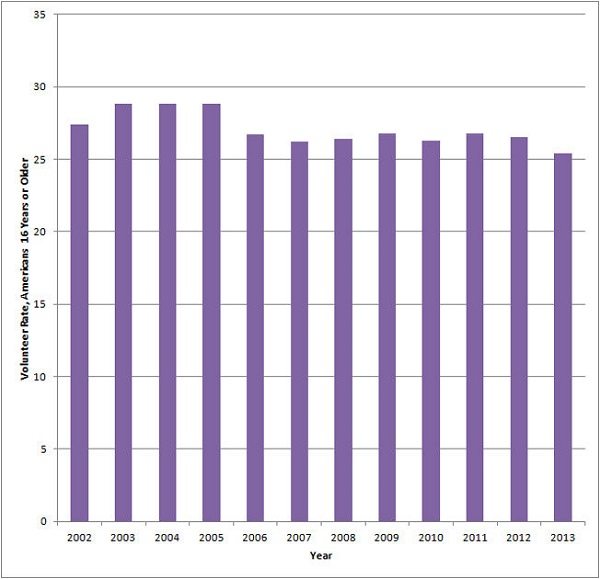 Part-time employed Americans volunteer at even higher rates, with 31.7 percent volunteering last year, compared to 26.8 for full-time workers, 24.1 for the unemployed, and 21.9 percent for people outside the labor force. On the other hand, although those not in the labor force volunteer at lower rates than people who are employed, when they do volunteer, they put in 65 hours annually, where full-time-employed people only volunteered for a median of 44 hours. 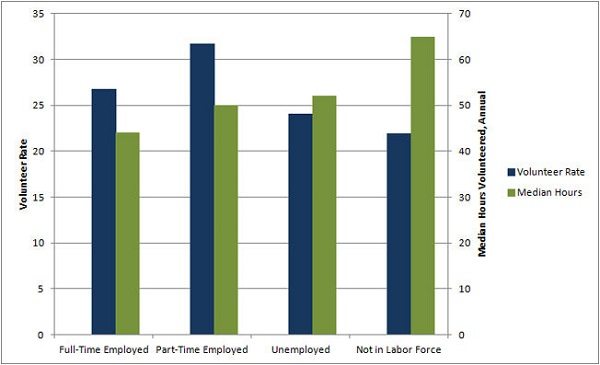 Again, you can read the results of the study here, but we are interested in your impressions. Are you noting a decline in volunteerism in and around your organization?—Ruth McCambridge