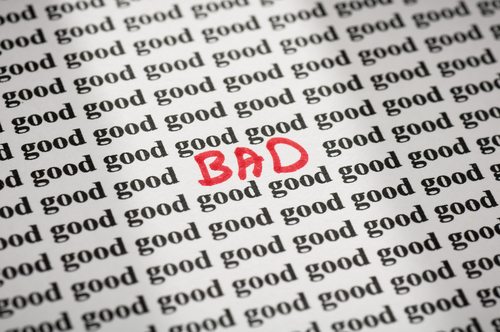 The fact that the jobs reports come from the U.S. Department of Labor on a monthly basis leads commentators to try to uncover economic trends that may not be there. The latest jobs report—for job creation and unemployment in October—gave analysts plenty to chew on. On one hand, despite the October government shutdown, the number of new jobs created in the economy was 204,000, rather than the paltry 120,000 expected by the experts (and job creation in the previous two months of reports was raised by 60,000). On the other hand, data from the household survey component of the report showed that the unemployment rate crept up to 7.3 percent (from 7.2) and the labor force participation rate plummeted to 62.8 percent (from 63.2).

The government shutdown may be responsible for some of the job report statistics, perhaps some of the 700,000 people who left the labor force or the 448,000 identified as unemployed due to temporary layoffs. But the private sector seems to have withstood the shutdown, with significant job increases in hospitality and retail (sectors of low wages and largely limited or fluctuating hours) and manufacturing (just the opposite, usually higher wage and more likely than retail to offer work weeks closer to full-time).

We suspect that frontline nonprofits in the field of job training and job placement know this in detail, but there were elements of the BLS report that suggested to us, on first blush, that the recovery has a long way to go:

Wall Street applauded the jobs report despite concerns that the Federal Reserve might cut back on its monetary stimulus activities with the superficially good jobs news. But for the public sector, for public service employment, the report isn’t good news at all. Government employment has been dropping consistently from month to month, this month losing 12,000 jobs. For many people of color, public service employment has been their route into the middle class.

From a policy perspective, the left and the right looked at this jobs report from different vantage points. In Mother Jones, Erika Eichelberger suggested that the fact that the economy is improving allowed it to weather the government shutdown. However, the shutdown “cost the economy $2 billion in lost productivity, and caused 120,000 private sector job losses, according to a report released by the Obama administration on Thursday,” she wrote. “But the fragile economic recovery—already hampered by massive budget cuts that went into effect in March—may not be able to sustain another shutdown and default scare if Republicans again decide to obstruct a budget deal come January.” On the other hand, Robert Stein in the National Review Online minimized the distress for millions of people who are unemployed, underemployed, or out of the workforce and concluded, “If this is what happens when the government is temporarily shut, we’d vote for making it permanent.”

For the poor, for the young, for people with some college or associates’ degrees, for male African-Americans, if the economy is improving, it is hard to discern. For the economy overall, another government shutdown could be playing with fire, Stein’s enthusiasm for another shutdown notwithstanding. Why don’t government policy-makers simply ask the frontline nonprofits what they’re seeing—beyond the numbers?—Rick Cohen