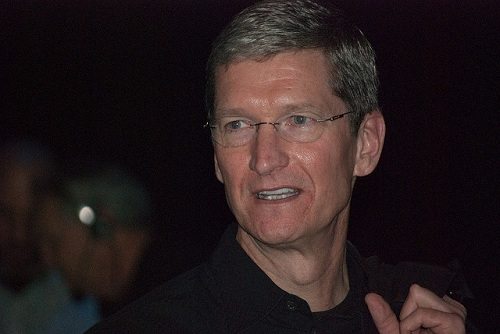 Well, Tim Cook was in DC yesterday testifying before the Senate Permanent Subcommittee on Investigation on May 21 in a hearing on the topic of “offshore profit shifting and the U.S. tax code.”

But maybe right after that, he can have coffee with you. That is, if you happened to be the lucky winner of a charity auction which awarded that coffee date to the wastrel who committed to pay $610,000 for the honor. There were 86 bids for the 30–60 minutes with Cook, which comes to $10,000–$20,000 per minute. Proceeds from the auction hosted by Charitybuzz will go to The RFK Center for Justice and Human Rights.

Cook’s testimony from the hearing is here. But in our opinion—it is chock full of meaningless platitudes  relative to the issue, which is that some suspect that Apple has established sham corporations in Ireland to avoid paying tens of billions in U.S. taxes. In fact, lawmakers released a report yesterday that found Apple had “established overseas entities to help it bypass some taxes while exploiting U.S. loopholes that shielded about $44 billion from U.S. levies.”

The Democratic Chairman Carl Levin tried a soft approach. “Just like millions around the world, I carry an iPhone in my pocket. The company’s engineers and designers have a well-earned reputation for creativity. What may not be so well known is that Apple also has a highly developed tax avoidance system—a system through which it has amassed more than $100 billion in offshore cash in a tax haven.”

Maybe Cook did not come clean today, but in the intimacy of your local Panera or Starbucks, maybe he could be persuaded to share some tax tips.—Ruth McCambridge