Organizational Culture Lessons for Nonprofits from the NY Fed 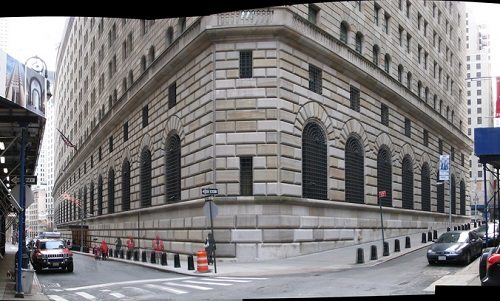 The Federal Reserve Bank of New York is not a nonprofit organization, but this ProPublica article about a confidential report about the Fed has lessons for nonprofits. Leading up to the Great Recession, the New York Fed was the expected central player in developing protections for the nation’s financial system. According to ProPublica’s Jake Bernstein, the Fed “failed miserably in catching the meltdown.” The president of the New York Fed, William Dudley, recruited Columbia University finance professor David Beim to investigate why the Fed failed.

As in many nonprofits, the problem was found to be the Fed’s culture. “The New York Fed had become too risk-averse and deferential to the banks it supervised,” as Bernstein summarized Beim’s conclusions. “Its examiners feared contradicting bosses, who too often forced their findings into an institutional consensus that watered down much of what they did.”

Beim’s findings were validated by the events surrounding the firing of a new examiner, Carmen Segarra, who had issued a negative report about Goldman Sachs. Segarra sued to challenge her firing, charging that she had been the victim of retaliation because she had refused to back down from her Goldman Sachs finding. In a fascinating turn, Segarra had been concerned about what was happening with her, so she purchased a tiny recorder at the Spy Store to record what would become 46 hours of conversations with her Fed colleagues.

Segarra’s recordings constituted an amazing case study of the cultural obstacles at the New York Fed that Beim had found in his study. In Bernstein’s words, Beim’s report “laid bare a culture ruled by groupthink, where managers used consensus decision-making and layers of vetting to water down findings. Examiners feared to speak up lest they make a mistake or contradict higher-ups. Excessive secrecy stymied action and empowered gatekeepers, who used their authority to protect the banks they supervised.”

“Our review of lessons learned from the crisis reveals a culture that is too risk-averse to respond quickly and flexibly to new challenges,” the report concluded. “A number of people believe that supervisors paid excessive deference to banks, and as a result they were less aggressive in finding issues or in following up on them in a forceful way.”

Beim’s report called for “hiring ‘out-of-the-box thinkers,’ even at the risk of getting ‘disruptive personalities’…expert examiners who would be contrarian, ask difficult questions, and challenge the prevailing orthodoxy.”

While the details of the Segarra story are compelling reading, the organizational elements of Fed culture revelations have broad application to the nonprofit sector. How many nonprofit watchdogs end up soft-pedaling their critiques, captured by the entities they were supposed to monitor much like the banks having captured the New York Fed? How many organizations find themselves unable to break out of pernicious, narrowing cultures that frustrate attempts to do the right thing? Nonprofit Quarterly has often written about the stultifying, hard-to-change dimensions of organizational culture overcoming the efforts of new leadership and new policies. Organizational culture won at the New York Fed too—and contributed to a devastating national economic recession in the process.—Rick Cohen