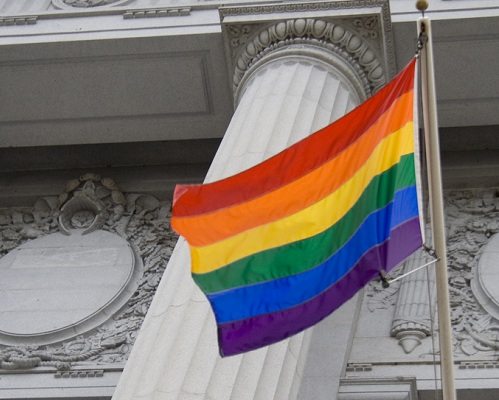 The Human Rights Campaign (HRC), the nation’s largest lesbian, gay, bisexual, and transgender (LGBT) civil rights group, crows, “Americans Agree: It’s Time to Strike Down DOMA.” And HRC, along with its allies and other advocates in the broader LGBT community do have cause to celebrate.

On Wednesday, the Supreme Court heard arguments for and against the Defense of Marriage Act (DOMA), the brazenly discriminatory statute signed into law by President Bill Clinton. There appears to be consensus among the pundit class that the Supremes will most likely strike down Section 3 of DOMA, which precludes federal recognition of gay marriages and as such, denies legally married lesbian and gay couples the more than 1,100 federal benefits, rights, and privileges enjoyed by straight married couples. If the prognosticators are correct, then same-gender married couples in nine states and the District of Columbia, where marriage equality has been established, will finally be treated equally under U.S. law.

Commentators are having a harder time divining the tea leaves from the other marriage equality case heard by the Supreme Court. On Tuesday, opponents and proponents of California’s Proposition 8, which amended the state constitution to ban same-gender marriage, presented their arguments. The justices’ reactions and questions didn’t give a clear signal on how they would rule on the constitutionality of Proposition 8 and, by extension, the right of gay people to marry.

We’ll learn the outcome of both cases come June, but no matter the outcome, the gay rights movement and gay couples in particular have, in some sense, already won. Support for marriage equality is at an all-time high, especially among young Americans, which only augurs a brighter and more equal future for the LGBT community. Leaders of both parties are advocating for the freedom to marry for all. From our vantage point, it appears the tide has turned and there’s no use fighting it. And why would anyone, anyway? –Erwin de Leon