The first openly LGBTQ politician to win public office was not Harvey Milk, as most people believe, it was a 21-year-old lesbian student activist, Kathy Kozachenko, who was elected to the Ann Arbor City Council on April 2, 1974. Forty-six years later, the number of openly LGBTQ elected officials has grown to 843 as of June, according to the Victory Institute. The latest election has now added significant victories in both blue and red states; here’s just a few of them:

“Over the past year, LGBTQ elected officials have been on the frontlines—leading efforts to end racism, blocking bills targeting the trans community and passing legislation that moves equality forward for our community. Allies are important, but LGBTQ representation in the halls of power is critical to the success of our movement,” said Ruben Gonzales, Vice President of LGBTQ Victory Institute, in a statement.

The democracy organization dedicated to LGBTQ issues nationally and internationally has just released a call to President-elect Biden to appoint “at least one out LGBTQ person to a Senate-confirmed Cabinet position” and has a list of recommendations for different posts in the transition team, as ambassadors, and for the US Supreme Court.

The political power of the LGBTQ movement since Kozachenko took that first step in 1974 is truly an inspiration.—Sofia Jarrin 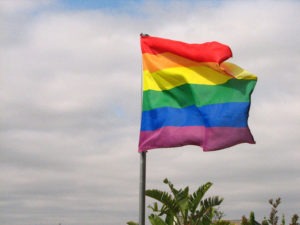