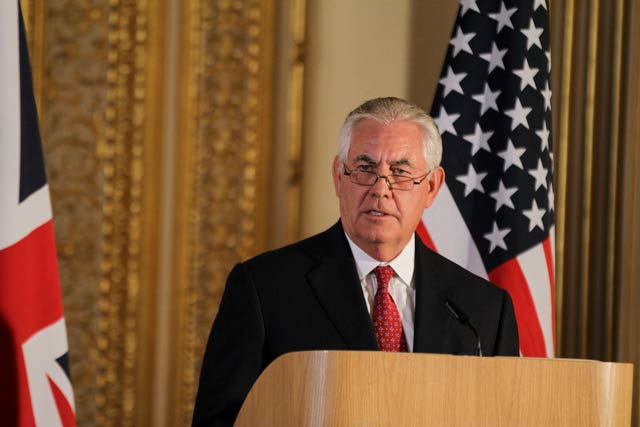 Former Secretary of State Rex W. Tillerson, proving that there are no atheists in foxholes, admonished this country that going all “wobbly” on the truth threatens our freedom and democracy. The nonprofit sector was not exempt from the charge, though Tillerson appeared to credit us with being the lesser liars. The comments were made at the Virginia Military Institute’s commencement ceremony.

“If we do not as Americans confront the crisis of ethics and integrity in our society and among our leaders in both the public and private sector—and regrettably at times even the nonprofit sector—then American democracy as we know it is entering its twilight years,” warned Tillerson who has been fairly quiet since being fired by Trump via twitter in March.

“If our leaders seek to conceal the truth, or we as people become accepting of alternative realities that are no longer grounded in facts, then we as American citizens are on a pathway to relinquishing our freedom.”

“When we as people, a free people, go wobbly on the truth even on what may seem the most trivial matters,” said Tillerson, “we go wobbly on America.”

Tillerson advised the graduates that as they enter they world they must “carefully consider the values and the culture of the organizations in which you seek to work.”

“Look for employers who set high standards for ethical conduct,” he added, naming no names.

“Blessed is the man who can see you make a fool of yourself, and doesn’t think you’ve done a permanent job. Blessed is the man who does not try to blame all of his failures on someone else. Blessed is the man that can say that the boy he was would be proud of the man he is.” We assume he includes women in all of this and, if so, we agree. Just yesterday, NPQ published an article by Grant Oliphant on authentic and courageous leadership, which called upon readers “to fight an entrenched cultural belief that the freedom of some depends on the diminishment of others, to publicly stand with the victims of oppression, or to defend science, journalism, and truth itself.”—Ruth McCambridge