Limited Compensation: The Terrible Toll of Civilian Casualties in Afghanistan 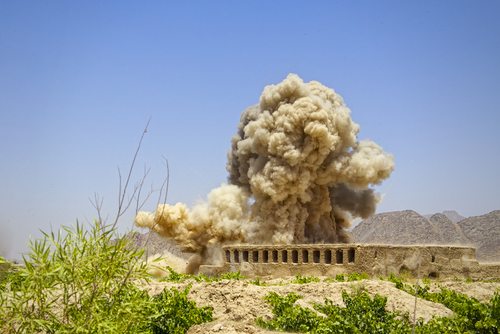 Writing for The Nation’s Investigative Fund, Nick Turse offers an analysis about civilians killed in and injured as a result of U.S. military action in Afghanistan. As an example, he describes the killing of 16 Afghan civilians and the wounding of another six by U.S. Army Staff Sgt. Robert Bales on March 11, 2012. The killings are known as the Kandahar Massacre, and Bales was sentenced to life in prison without parole. The victims’ families were given $50,000 for each dead relative, and injured survivors received $11,000. The compensation money, the Afghani families were told, “was assistance provided by President Obama.”

Compensatory payments and condolence payments have a long history in the U.S. military. As used now, they are meant, according to the military, as symbolic gestures, and not as formulaic compensation proportional to injuries or as admissions of responsibility or guilt. Turse reports that the U.S. paid $3.7 million in “battle damage repair” to Afghans in 2010 and $12 million in 2011. The number was not clear for 2012.

Turse’s stories about some of the civilian injuries are heart-rending, including one of a 13-year-old boy out collecting firewood who was killed during a test firing of an automatic grenade launcher. The boy’s family was paid the equivalent of about $400. Similar stories about civilian injuries and compensation paid by the British military have been well covered in the Guardian and other U.K. outlets. Compensation costs also count for property damage and livestock, in recognition that the battles to save Afghanistan could leave the country even more impoverished and physically devastated than it was before the war.

The dimensions of civilian casualties in Afghanistan are hard to fully grasp. In the first six months of 2013, the United Nations Assistance Mission in Afghanistan (UNAMA) counted 1,319 civilian deaths and 2,533 civilian injuries, with 9 percent attributable to “pro-government forces,” which includes the U.S.-led NATO contingent. That’s a total 23 percent increase in civilian casualties over the same period in 2012, just slightly below the total half-year casualties in 2011. In 2012, total civilian casualties were 7,559—2,754 deaths and 4,805 injuries—with 8 percent attributed by the UNAMA to pro-government forces. That said, the civilian human tragedies in Afghanistan since the hostilities began in 2001 have been huge, and there’s hardly a chance that the UNAMA reports are anything but undercounts of the full picture.