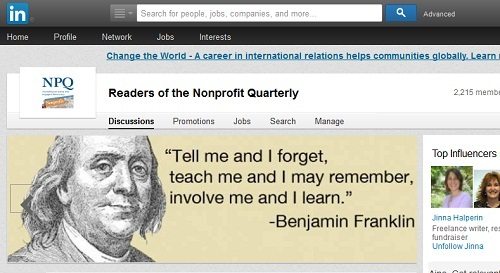 LinkedIn has implemented some new changes into their social network, which may affect how nonprofits use the website, and specifically how groups will function. The new design will focus on user engagement, encouraging individuals to participate in posts and discussion in order for content to get noticed. These changes also aim to reduce the amount of spam and promotional content that appears in groups,  a problem which has increased in the past few years.

Nonprofit Tech for Good has highlighted five changes that may have an impact on how nonprofits use LinkedIn. Here is a list of the new changes to look out for:

These changes will hopefully help maintenance within groups to be less time-consuming for moderators. These design tweaks are also part of LinkedIn’s strategy to revamp groups and user engagement, ensuring they are still valued as a space to engage in quality discussions.—Aine Creedon