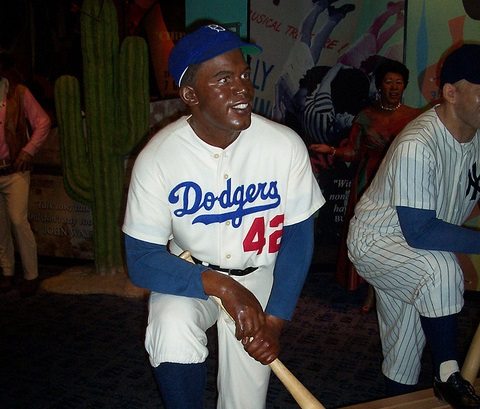 America’s Little League championship team, Jackie Robinson West (JRW), was stripped of their title last week by Little League International. Officials determined that team staff expanded the team’s residency boundaries without receiving required approval from neighboring teams. The team questioned whether they were being held to a higher standard than other teams and hired counsel. As the two sides query the other party’s activities, it is clear the feelings and actions of the young players are being ignored.

The Jackie Robinson West team thrilled many as they won game after game and progressed to the Little League Championship in Pennsylvania in August of 2014. The team, made up entirely of African-American players from the South Side of Chicago, was particularly newsworthy at a time when many African Americans have lost interest in baseball. Before progressing to play in the Championship against the team from Seoul, South Korea, JRW beat the Mountain Ridge team from Las Vegas. JRW was the first Chicago area team to progress to the international final since 1967. Although they lost to the South Korean team, JRW was beloved and even traveled to the White House to celebrate with the First Family.

Sadly, the excitement was not to last. In December, allegations surfaced that some of the players were recruited from outside of JRW’s geographic boundaries. Little League International has strict rules on where players can live. These rules are meant to create community teams where players often know each other from school and build friendships that continue off the field. The League allows neighboring teams to approve of the geographic expansion before players from these areas can play on other teams.

At that time, Little League International dismissed the complaints, stating that neighboring teams approved of the expansion. The vice president of the Evergreen Park Athletic Association was the first to voice claims of suspicion. The team began investigating members of JRW after the Evergreen Park team lost to JRW in a sectional playoff game called after a little more than four innings. The score was 43-2. The Evergreen Park team pulled up public records, including voter and vehicle registration, to determine residency of JRW players. Evergreen Park is a mostly white suburb surrounded by the City of Chicago on three sides.

Although these initial claims of unauthorized expansions were dismissed, additional claims surfaced. Recently, officials from three neighboring teams, including the team from Rosemoor, came forward to state that they did not approve of JRW encroaching into their geographic area. The Rosemoor team’s geographic area is made up of the largely African American far south side of Chicago. After this additional evidence was revealed, the League fired JRW and district staff and stripped JRW of their championship, awarding it to the Las Vegas team.

In response, JRW hired attorney Victor Henderson to investigate whether other teams were similarly investigated. Mr. Henderson is part of the Henderson Adams Law firm. The firm has defended musician R. Kelly and government leaders including former governor Rod Blagojevich. The legal team will not only explore whether there is evidence JRW staff violated residency rules, but also whether the team is unfairly being held to a higher standard.

Clearly, the current controversy is far from over. But as investigations continue, questions remain whether the punishment hurts the adults responsible for any wrongdoing or whether it hurts the young players, whose integrity has never been questioned.—Gayle Nelson