President Trump’s erratic directives around a national stimulus package came to rest yesterday on a wish that the package be divided into distinct elements, addressing only a few current issues—the airlines, which are currently threatening layoffs, and checks to individuals. Not among his priorities are the cities and states that will see the devastating impact of tax revenue losses if the federal government doesn’t step forward.

In New York, 10 mayors from 10 cities met on Wednesday at the city hall in Syracuse to make a joint statement about the projected fallout from the lack of movement on this issue. Syracuse itself is projected to lose 41 million in revenue as a result of the pandemic and has already furloughed more than 400 employees.

“You’re putting mayors in a position where they have to raise taxes during a time when the economy shut down, or to lay off critical first responders in the middle of a pandemic,” says Richard David, mayor of Binghamton. “That’s just ridiculous. You can’t pick and choose. And that’s what Washington is doing.”

“The last thing you want to have is a reduction in first responders and people who are on the frontlines of dealing with the health and safety issues of a pandemic,” David, who has thus far refused to raise taxes on residents of that city, says.

In case you are having trouble conceptualizing this problem, this is where the loss of revenues flows from: 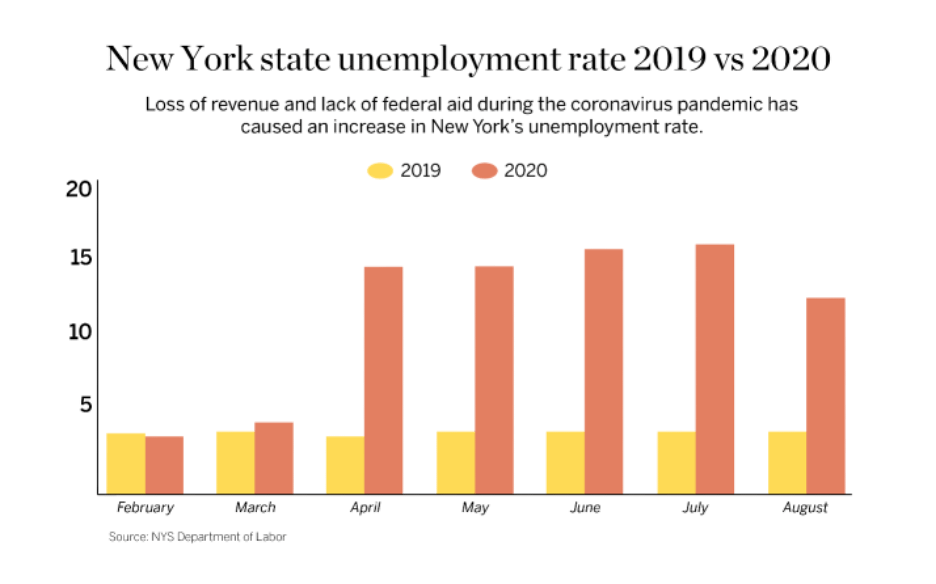 Though the conservative line is that the money is not needed and the whole thing is a scam meant to make up for what Trump calls bad management by Democrats, Irma Esparza Diggs, director of federal advocacy for the National League of Cities, says the impacts are already very real. “Some are seeing as high as up to a 50 percent decline in sources of revenues,” she says estimating that over the next three years, cities alone will need $360 billion.

We probably do not need to remind nonprofits that state and local budget deficits will get passed along to vulnerable people and nonprofits through budget cuts. Albany Mayor Kathy Sheehan says, “It is time for Washington to recognize that you cannot bail out cruise lines and airlines and Fortune 500 companies and leave cities in the dust.”—Ruth McCambridge