Lois Lerner to Take “the Fifth” Before House Oversight Committee 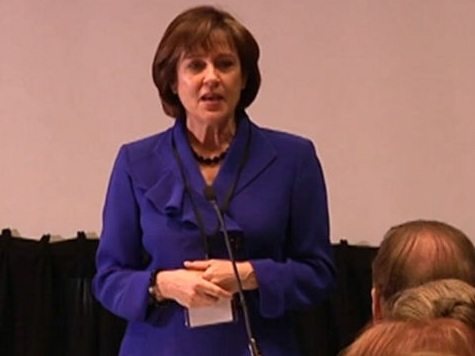 For the Obama Administration, the controversy over the targeting of conservative applicants for 501(c)(4) social welfare organization status makes the IRS (or at least the Exempt Organizations unit that oversaw the review and approval of 501(c)(4) applications) look less like unsung heroes doing thankless work and more like the Keystone Kops.

At yesterday’s Senate Finance Committee hearing, acting commissioner Steve Miller wasn’t able to come up with the name of anyone in the Service who had initiated the special targeting and reviews of (c)(4) applications that have been revealed by an Inspector General’s report to have been inappropriate or worse. One would have thought he, or former IRS commissioner Doug Shulman, might have checked their notes before the hearing in anticipation of that question and worked up an answer, but no.

Immediately on the heels of the adjournment of the Senate Hearing came word that Lois Lerner, the head of the Exempt Organizations unit who apologized for the IRS brouhaha due to a planted question at an American Bar Association conference, intends to invoke her Fifth Amendment rights and refuse to answer questions when she appears today at the House Oversight Committee hearing chaired by Rep. Darrell Issa (R-CA). The Los Angeles Times, which broke the story, reports that her attorney, William W. Taylor III, has asked the committee to excuse her from testifying, explaining that her appearance would “have no purpose other than to embarrass or burden her,” but the Committee still intends to call her regardless, according to committee spokesperson Ali Ahmad in the Washington Post.

Lerner’s plan of silence followed revelations from Jay Carney, the embattled White House press secretary, that White House officials, specifically Mark Children, the deputy White House chief of staff, spoke with Department of Treasury officials—and specifically Lois Lerner—about how the brewing information of the IRS brouhaha would be dealt with in public relations terms. Carney’s disclosure suggests that the conversations occurred before Lerner’s public apology at the ABA, though Carney forswears any White House involvement in now almost farcical planted question-and-answer. That comedy seems to have been entirely the creation of the leadership of the IRS, though the idea of Lerner revealing the IG report in a speech was floated.

It may not be the White House’s doing, but the IRS story is coming out in dribs and drabs. Every day, it seems there’s a new revelation that forces Carney to modify the narrative. Every hearing has unimpressive former IRS executives demonstrating breathtaking levels of managerial incompetence and leadership shortcomings. With Lerner now taking the Fifth, in part due to the criminal investigation launched by the Department of Justice, the approach that Shulman and Miller practiced at the Senate Finance Committee—sort of an immaculate conception version of management and oversight, combined with strategic memory gaps—isn’t going to work much longer.

Who is advising the White House on this controversy? A revelation or two a day about this controversy is a surefire way of helping this story get completely out of control. Every brand of conspiracy thinker gets to work overtime on this one as the facts trickle out, and fear-mongers are making people apprehensive about the role of the IRS in the implementation of part of the Affordable Care Act. After the first few days of relative silence on the story, other than Carney’s really poor press conference after the Lerner revelations, it seemed like White House personnel were scrambling to get the facts of the story down so that they could piece it all together and get ahead of it. If that was their intent, they failed.

Now is the time for the IRS, Treasury, and the White House to lay out the full story and get down to the real story: a 501(c)(4) system designed for a political era that has little relevance in today’s world, and an oversight agency, the IRS, that’s ill-equipped (and even more poorly led) to deal with the challenge of politicized 501(c)(4) organizations.—Rick Cohen