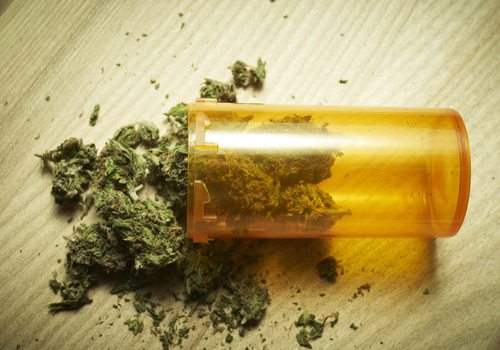 In 2012, Massachusetts became the eighteenth state to legalize medical marijuana, but community health centers are still finding it difficult to prescribe for patients in fear that they could lose their federal funding. The Massachusetts League of Community Health Centers advised its thirty-six centers with federal funding to delay authorizing patients to obtain marijuana.

The Boston Globe interviewed attorney Kathryn Watson, who said, “Community health centers have been providing access to care for decades, but there is no assurance that they would not come under federal investigation or that their physicians would not face trouble for certifying medical conditions under state medical marijuana programs, given it is an unsettled area of the law.”

The Boston Globe also tells the story of a 61-year-old who is disabled and getting treatment for hepatitis C, a disease that attacks the liver. The Joseph M. Smith Community Health Center authorized him for the use of medical marijuana, only to send a notice in July that the certification had been rescinded, since the health center was concerned about losing the ten percent of the facility’s funding that is provided by the federal government.

This battle between state and federal government leaves many patients and community health facilities worries about what the consequences of prescriptions for marijuana will be. The Department of Veterans Affairs prevents  hospitals and clinics under their umbrella from authorizing prescriptions for medical marijuana, and HUD has exhorted public housing authorities to restrict new tenants and those with new subsidized vouchers from its use. Physicians may also be imprisoned under federal law for prescribing the drug, as well as shut out of Medicare and Medicaid programs. Meanwhile, the Massachusetts Department of Public Health has eliminated 22 applicants for medical marijuana dispensaries, leaving 158 applicants still eligible for the second step in the process in which a selection committee will evaluate candidates.

This predicament is quite the Catch 22. How can health centers address the needs of their patients without paying for federal consequences?—Aine Creedon