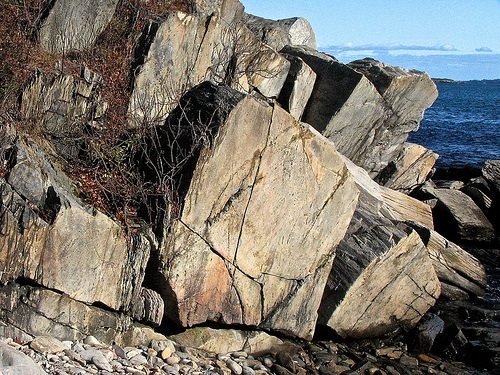 Another effort to tax nonprofits has emerged, this time in Maine. Although the property tax proposal surfaced earlier this month, its disproportionate impact on land trusts has only recently become obvious.

The Portland Press Herald reports on a provision in Gov. Paul LePage’s state budget proposal that would allow municipalities to tax conservation lands owned by private land trusts across the state. The change would generate income for cities and towns, but add new costs to efforts to preserve and conserve open spaces.

Maine’s nonprofit land trusts are reviewing the governor’s proposal, which eliminates the full property tax exemption for nonprofits that own property with an assessed value of $500,000 or more, and deciding how they will respond to the challenge it presents. It exempts nonprofits with smaller holdings.

To date, the paper reports that scrutiny of the proposal has centered mostly on large nonprofits such as hospitals, private colleges, and charities that generate revenue while using public services and infrastructure. However, it goes on to say that “taxation of land trust organizations has the potential to reshape the land preservation work being done by nonprofit entities that are often rich in land assets but generate little or modest revenue.”

Conservation land usually is not developed—the concept being to protect land from development pressures—so it doesn’t generate income. The fear is that smaller land trusts could be forced to seek donations to pay property tax levies. The Trust for Public Land’s Maine director told the paper that the tax could have “a chilling effect” on future conservation efforts.

The governor’s tax overhaul plan is geared at reducing Maine’s income tax rate. It includes the elimination of state aid to municipalities, replacing it by giving them the ability to tax non-profits. The governor’s budget director told the Press Herald that the nonprofit tax applied to land trusts along with other nonprofits (although religious organizations were exempted). The expectation is that some will turn to land trusts and other non-profits for revenue if they lose funding from the state.

The Maine Land Trust Network is crafting a strategy to convince the legislature to alter the proposal and exempt land trusts from the nonprofit tax, and it also advised local land trusts to look at other state programs to reduce the tax hit. Virtually all of their lands don’t generate revenue and are held in trust for the public, hence their nonprofit charitable status.

The Trust for Public Land, national land conservation nonprofit, told the paper that a tax on land trusts could deter conservation in Maine, which would be a reversal of fortune for the state—Maine had a total of 1.8 million acres in conservation as of 2010, ranking second in the nation after California.

This is not the first time state and local governments throughout America have attempted to levy taxes on land trusts and other nonprofits, as many local governments seek ways to pay for such services as road maintenance and education. The argument usually advanced is that the nonprofits’ public benefits don’t warrant tax-exempt status. Most often, the disputes end up in court.—Larry Kaplan