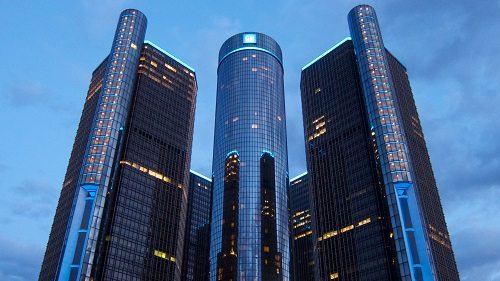 It must gall those people who lost family members due to a product defect in General Motors cars to hear GM CEO Mary Barra deny all involvement and culpability in her Capitol Hill testimony. GM covered up information about the faulty ignition switch in its cars for more than a decade, but over two days of testifying, Barra deflected all questions, suggesting that she was only three months in the job at the GM helm and therefore unaware of what had preceded her; despite all the evidence of the problem, she was waiting for the results of an internal investigation.

Barra’s repeated apologies sounded much like her televised apology, which, Washington Post opinion writer Richard Cohen (no relation) pointed out, was full of what he described as morally repugnant lawyerly and PR drafted content. In particular, he noted the obvious phoniness of her statement that the faulty ignition problem “really hit home” because she was not only the CEO, but “a mom with a family.” Not only does that presume that single people (or dads or granddads) might not feel as strongly as Barra, but it ignores the fact that she is a 30-year veteran of GM and had been a very senior executive in charge of engineering prior to her ascent to the C-suite. It is nearly impossible to believe that she never heard about the faulty ignition switches or GM’s long knowledge of the problem until January 31st of this year.

Also implicit in her statement and in her testimony in front of Congress was the idea that GM’s decade of inaction, resisting a recall and repairs, was the “old GM”—that is, the one that was partially owned by the U.S. taxpayer due to the bailout and trying to maximize profits (and minimize costs) for the government, not the “new” post-bailout GM.

Brenda and Gordon Hair of Virginia lost their son, Ben, a student at Virginia Tech, in a crash allegedly attributable to the ignition defect. They were told nothing about the reasons why the airbags in Ben’s car never inflated during the accident. It was a mystery why Ben died in a crash in which he was wearing his seatbelt. Ten months later, there was a hint—a recall notice for Ben’s Pontiac G5 due to problems with its power steering. Additional recall notices followed, until it finally appeared that the ignition problem shut off power for the airbags, power steering, and power brakes in the GM cars. Gordon and Brenda Hair are now aware that the conditions that led to their son’s death were known within GM for years; had GM acted to replace the ignition switch, Ben might have survived his accident.

After Ben’s death, Gordon Hair spent time working with a foundation “honoring his son’s love of swimming,” but now, with GM’s obvious culpability in Ben’s and others’ deaths, there will be another philanthropic activity likely to involve the families victimized by Barra and her colleagues.

GM has had to recall at least 2.6 million cars so far due to this serious product defect. Although Barra is purportedly awaiting an internal investigation to explain to her what she apparently didn’t know prior to January, she has gone ahead to recruit lawyer Kenneth Feinberg, the disaster response expert who has helped distribute benefits to victims after the Boston Marathon bombing, the BP oil spill, and the 9/11 terrorist attacks in New York City. Feinberg doesn’t get recruited for public relations work. His role will be to determine compensation for victims—the 13 known to have died due to the faulty ignition switch, others who suffered injuries in crashes, and still more who may be discovered as investigations continue. He will be tasked with trying to figure out compensation possibilities for victims due to the fact that GM’s alternative, facing years of litigation, is likely to be more expensive than whatever he might come up with.

Mary Barra, the GM engineering pro who purportedly had no notion that millions of GM cars had a serious product defect, the GM mom who really cares deeply about the victims, is going to be involuntarily creating a massive philanthropic endeavor to compensate the families who lost loved ones to GM’s unwillingness to do what it should have done a decade ago. Being a mom is no defense when you’re running what Cohen called “a bloodless corporation that was…quite willing to insist to some poor victim that it was not the same GM that had made the faulty car.” There was no philanthropy in GM for the victims of the ignition switch. With Feinberg, at a minimum, there will be compulsory philanthropy in the future.—Rick Cohen