Many United Way Campaigns in Peril 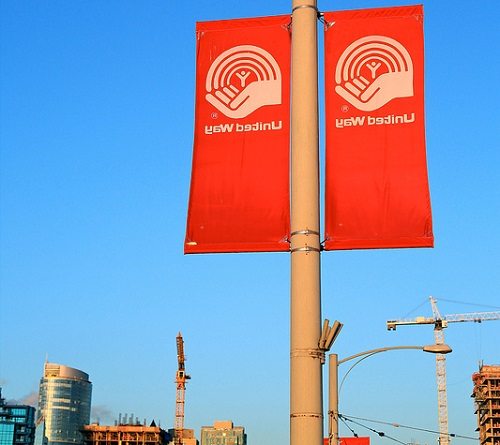 As of this past weekend, the United Way campaign in Lewiston, Pennsylvania was supposed to be close to wrapping up. But at over a hundred thousand dollars short of the campaign’s $600,000 goal, officials of the United Way of Mifflin-Juniata are making a big push, looking for new donors and asking past donors to increase their giving.

A decline in charitable giving through the United Way in Juniata and Mifflin counties is not inconsequential. Both counties are well above the state average in the percentages of children living in poverty, children living in economically at-risk families (below 300 percent of the federal poverty level), and births to mothers with less than a high school education.

In Pekin, Illinois, the press termed the United Way campaign results “dismal.” With a campaign goal of $615,000, the United Way of Pekin raised only $473,116 in pledges. That was $141,884 short—and down from the $533,000 raised last year, which was also short of that year’s campaign goal. The 29 agencies typically funded by the Heart of Missouri United Way, based in Columbia, Missouri, face a 10 percent across-the-board cut in their allocations from the United Way because its campaign was $1 million short of its $4 million target and $400,000 below the pledge totals of the previous year.

Do these results mean that all United Way campaigns are tanking? Hardly. The United Way serving Charlotte, North Carolina somehow overcame a $2.2 million fundraising gap in the last week of its campaign to beat its $21.5 million campaign goal.

But for other United Ways, the results haven’t been good, despite a supposed recovery in the economy. Declaring a campaign successful, as was done by the Sedalia-Pettis County United Way in Missouri, may make participants feel better, but it doesn’t undo the campaign’s fundraising total of $488,000, almost 10 percent below the $540,000 goal. “We didn’t meet our goal but we’re not dwelling on that. We’re focusing on the agencies and what they do, not the amount of money we raised,” Sedalia-Pettis campaign chair Paul Dick said. “We do have a large amount of money to help our agencies, and there will be money coming from outside the campaign throughout the year that should make up for what we didn’t raise.”

It’s good to have confidence that money will come after the campaign’s wrap-up to make up for shortfalls, but it doesn’t appear that other United Ways are quite as confident as Sedalia’s. As of last week, the United Way of Morgan County, Colorado, had raised only $212,600 toward its $275,000 campaign goal compared to the $288,000 it actually raised the previous year. Executives fear that fundraising to address the recent devastating floods in Colorado undermined the campaign total. Those flood-related needs continue, on top of the basic human services needs addressed by United Way agencies, making sources of supplemental funding difficult to imagine.

In Watertown, New York, Bob Gorman, the president of the United Way of Northern New York, says that his organization has been facing years of declining revenues and has turned to “raiding the endowment” to make up for shortfalls for its member agencies.

What explains the success of a campaign in Charlotte and the problems of its counterparts in Watertown, Sedalia, Lewiston, and Pekin? Some night say that the problem is one of fundraising intermediaries such as the United Way itself, a more expensive and more cumbersome approach to charitable giving than simply donors’ giving directly to the charities of their choice without the intercession of the United Way’s corporate-dominated giving committees or the coercion from employers to make sure that large proportions of their employees participate. But the Charlotte region has a different advantage, as it is home to the headquarters of eight Fortune 500 corporations, including Bank of America and Duke Energy, both huge participants in the United Way campaign. The intermediary function of the United Way in Charlotte didn’t seem to get in the way of its very large campaign fundraising totals.

While both corporations and donors may no longer see a great need to have an intermediary fundraising entity such as the United Way run their charitable workplace giving campaigns, there may be other reasons in play for the shortfalls in Lewiston and Watertown:

These factors add up to significant challenges for United Way campaigns in communities and regions that don’t have the vibrant, corporate headquarter economies of places like Charlotte.

When people talk about income and economic disparities in the U.S., they might consider the disparities that occur among localities and regions. They are increasingly reflected in United Way campaign results and United Way distributions to vital safety net nonprofits.—Rick Cohen