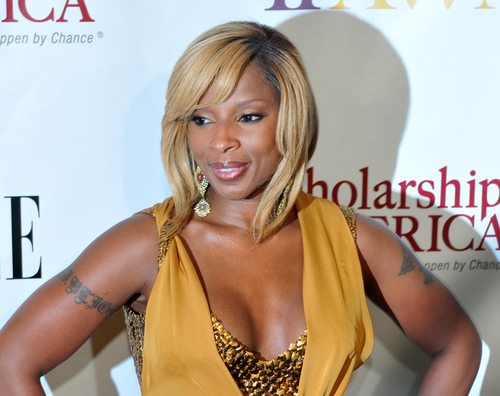 Since starting her partially eponymous charity in 2007, singer Mary J. Blige has had a tough time in the field of philanthropy. Last year, the Mary J. Blige and Steve Stoute Foundation for the Advancement of Women Now was hit with a lawsuit from musicians it had hired and paid to perform at a fundraiser. The musicians were paid, but their checks allegedly bounced. A bank had lent the foundation $250,000 in 2011, but had been repaid only $368.33. When the bank attempted to serve papers on the foundation asking for a somewhat more robust repayment, it learned that the foundation had decamped from its Manhattan headquarters. Additional reports suggested that money donated to the charity was unaccounted for, including $60,000 that was supposed to have gone to the foundation from the sale of perfume. The girls who received college scholarships from the foundation discovered that the money was less than what they were promised or, in some cases, vanished altogether.

Eventually, TD Bank, the source of the loan, stepped on the gas in court to get the loan repaid. As of this year, the loan reached $322,000—principal and interest. Late last week, TD Bank and the foundation reached an agreement in which the bank agreed to forego most of the loan, accept repayment on $125,000, and call it square. The deal calls for the foundation to pay back $15,000 immediately, followed by 12 additional payments of $9,166.

Blige’s foundation is certainly not the only charity that has received bank loans or tapped lines of credit, only to discover that it was over its head. We aren’t surprised to discover that the bank decided that it wasn’t particularly worthwhile to chase down a potentially bankrupt charity for money. But two of Blige’s defenses struck us as strategies not to be pursued by charities that are not associated with top celebrities earning tens of millions a year.

In an unusual version of “the buck stops here,” Blige took responsibility—and then didn’t—for the financial morass of her charity: “As Founder and CEO of FFAWN, I am ultimately responsible for anything that goes wrong,” she told TMZ. “The problem is that I didn’t have the right people in the right places doing the right things.” In other words, she threw her staff, whoever they might have been, under the bus.

Even better was the argument in court to the bank: the bank should have known that the foundation’s finances were so bad that it was in no shape to have received the loan in the first place. Maybe TD didn’t demand much in the way of financial information when it sent the foundation a quarter of a million in 2011. Our guess? They probably looked at Blige’s paycheck, her pledge of a dollar a bottle from her perfume sales, and her ability to get the likes of Queen Latifah and Jennifer Hudson to perform at her fundraisers. So maybe the foundation had a point about the bank’s starry-eyed view of the foundation.

Still, the “No More Drama” singer seems to have generated plenty of drama with her foray into philanthropy.—Rick Cohen

This article has been altered from its original form. The original text asserted that the $322,000 loan in question was held by Signature Bank, and that Signature Bank had been acquired by TD Bank. Signature Bank is a separate, full-service commercial bank serving the metro-NY area, and has not been acquired. Signature Bank pursued legal action against Mary J. Blige and her husband in November of 2012 for an entirely different loan, this one in the amount of $2.2 million. The Nonprofit Quarterly regrets the error.