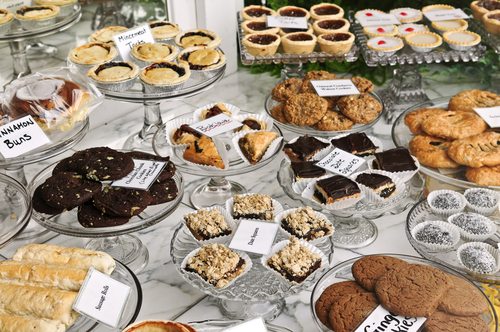 Bake sales are somewhat de rigueur for small, largely volunteer community or charity organizations, including lots of school-oriented fundraisers. Kid-made cupcakes available for a quarter or half dollar are virtually ubiquitous as a means of generating a little money for school activities, the school band trip, the sports event, or books for the underfunded school library. Tell us when you haven’t come across a school bake sale and perhaps purchased a chocolate chip cookie or two.

In Massachusetts, however, the state is aiming to ban bake sales before, during, and after school as part of an effort to fight youth obesity. The new policy is slated to go into effect in August. Although conservatives are attacking the policy as an extreme example of “nanny state” overreach, the policy is getting pushback from liberals as well. The state justifies the policy by noting that one-third of its school kids are classified as obese. The Centers for Disease Control and Prevention this week reported that within two decades, almost half of American adults will be obese. There is no question that obesity is a significant policy issue that costs taxpayers, both the obese and the non-obese, plenty as the nation has to absorb the health care burden of an increasingly unhealthy population. The state’s concern with obese children is not silly.

But targeting bake sales to send a message about unhealthy foods may be going a little too far in removing personal responsibility from parents who should be monitoring what their kids eat and how much junk they consume at bake sales. Remember the Supreme Court case in 2007 dealing with the school kid who stood outside his school, after hours, with a sign that read “Bong Hits for Jesus?” The court ruled that the “sophomoric” banner, as Justice Roberts’ opinion described it, of one kid on a public sidewalk could affect the drug use inclinations of the other school kids, so therefore the school had a right to confiscate it and restrict the kid’s free speech rights. Presumably, the “Bong Hits” decision is the legal authority for the state government to restrict after-school bake sales for the inappropriate message they send concerning kids’ eating habits.

It isn’t just Massachusetts taking a look at bake sales. The Christian Science Monitor reports that the U.S. Department of Agriculture is suggesting allowing “infrequent bake sales during school hours but hasn’t said what infrequent means.” Several other states are toying with regulations to require that bake sale items be “wholesome.”

Maybe it is all a silly, overdone ruckus, but there are some interests in bake sales that make one wonder what is going on, such as Domino Sugar and Duncan Hines sponsoring the Share Our Strength “Great American Bake Sale” with the tagline, “Your bake sale can help end childhood hunger.” There’s something discomfiting about the sugar maker and cake maker campaigning under the slogan “no kid hungry,” but does that warrant governmental action against Share Our Strength were the organization to hold an anti-hunger bake sale outside of a Massachusetts high school? What do NPQ Newswire readers think?—Rick Cohen