Mass. Court to Rule on Tax Status of Land Owned by Nonprofit Trusts 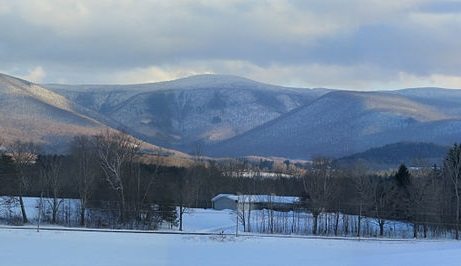 Yet another example of cash-strapped local governments going after community-based nonprofits for tax revenues is highlighted in a case scheduled to come before the Massachusetts Supreme Judicial Court.

The Boston Globe reports that a number of conservation groups in Massachusetts could take a hit if a small town in the Berkshires wins a case before the state’s highest court this week. The case could determine whether municipalities can tax land owned by such groups as the Nature Conservancy and the Massachusetts Audubon Society. That includes some 1.25 million acres in Massachusetts that have been protected by private nonprofit land trusts.

The key to the dispute is over how publicly accessible and active the land needs to be to qualify for a charitable tax exemption. The conservation groups argue that simply preserving the land for public use and protecting it from development should be sufficient to make it tax-exempt. But the Town of Hawley in Western Massachusetts has challenged that by arguing that the land needs to be broadly available and accessible.

The Globe says it all started when Hawley sent the New England Forestry Foundation a $173 property tax bill for a 120-acre parcel of woodland that the group owns about an hour north of Springfield. Town officials said that the Forestry Foundation had done little to encourage public use of the woods, so it did not qualify for a tax exemption.

The other conservation groups say that would set a dangerous precedent, and they are concerned that their land could be taxed as well if Hawley prevails. They told the Globe that the taxes they would face would threaten their ability to buy new land and protect it from development, going so far as to say that “in some instances, it could spell the demise of the smaller land trusts.”

The case hinges on the conservation nonprofit’s ability to demonstrate that its property truly benefits the public, says the article, which explains that the Forestry Foundation bought the land from a couple in 1999, and opened it to the public, posting a sign that reads, “We invite respectful public visits.”

But Hawley officials tell the Globe that the public efforts went no further, pointing to a 2013 ruling by the Appellate Tax Board that there was a lack of signage on the road to the forest, that there was no mention of it on the foundation’s website, and that it was located at the end of a dirt road that appeared to be a private driveway with a gate to limit vehicle access.

Hawley said that implies that the foundation did not promote enough public use to qualify for a tax exemption, according to the Globe, saying it has to do “more than just sit there.” The Foundation says that public activity is just one way to measure the benefit of conservation land, and that benefits also include having clean air, water, and wildlife.

The article by reporter Michael Levenson says that other municipalities are watching the case closely in the belief they may have similar conservation land in their communities that could be taxed. Local officials think vast tracts of conservation land are improperly classified as tax-exempt, and if the town wins, cash-strapped communities probably will scrutinize conservation land as a possible source of cash. Land trusts would regard this as putting a chilling effect on future conservation efforts.

The case revives the ongoing argument over the benefit of nonprofits to communities. Do they create enough public benefit and deliver enough community services to warrant an exemption from taxes? As nonprofits and government compete for limited resources, it’s the classic scrap over a shrinking pie. And the irony of it all is that both of these sectors of our society are pledged to do the same thing: help people and make our communities better places.—Larry Kaplan