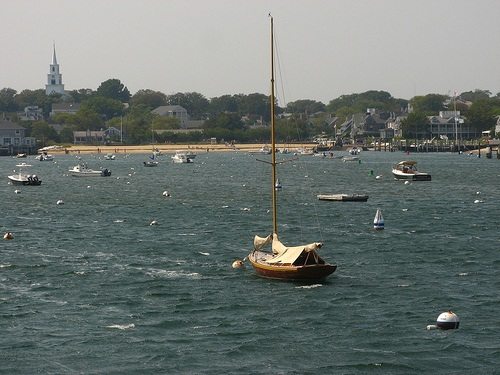 When hospital executives talk about Medicare, they often bemoan low reimbursement rates, but Massachusetts hospitals have been enjoying reimbursement rates that are now drawing protests from 21 states. Medicare regulations require that all providers in a state receive reimbursement rates that are at least as high as those given to a state’s rural hospitals. In Massachusetts, only one hospital out of 82 qualifies as rural: Nantucket Cottage Hospital. The hospital serves the island of Nantucket’s approximately 10,000 permanent residents, though that total swells to approximately 50,000 people in summer. This is due to the amount of vacation homes on Nantucket, where the median home price is over $1 million.

Given its isolation and the high cost of living on the island, Nantucket Cottage pays its providers salaries and benefits significantly higher than other states’ rural providers. Its rates are also higher than those in almost every other Massachusetts hospital, so when Medicare uses Nantucket Cottage’s rural rates when it sets reimbursements for all Massachusetts hospitals, all of the state’s hospitals except one benefit.

Other states are upset about this aspect of the Medicare formula, which was included in legislation promoted by Sen. John Kerry (D-Mass.) and Sen. Robert Menendez (D-N.J.) in 2009. Under the legislation, Medicare uses a single pool of money to reimburse all Medicare providers across the country. Hence, if one state’s reimbursement rates increase, it is at the expense of other states – which is why 21 states are dissatisfied with this framework.

Advocates of the current system say that Massachusetts lost out on $500 million in payments since 2004, when Medicare determined that the state did not qualify for rural consideration. Massachusetts is one of nine states that benefits from the rural-hospital-as-benchmark rule, but it’s the biggest “winner” by a wide margin. The biggest losers in the reimbursement formula are large states with significant rural populations: New York, Texas, and Florida.

The Boston Globe reports that the precipitating event for this shift in reimbursement was Nantucket Cottage Hospital being acquired by Partners HealthCare, which posted revenues of $9 billion in 2012. According to the Globe:

“Nantucket Cottage entered into the rural hospital payment system in 2008 after it was acquired by Boston-based Partners HealthCare. The Nantucket hospital previously had been paid under a different formula, but made the switch to the rural hospital payment system to help the rest of Massachusetts hospitals reap a financial reward even though its own Medicare reimbursement would decrease as a result. Partners had ensured that Nantucket Cottage would be made whole financially because the rest of its hospitals would benefit greatly.”

The Massachusetts Hospital Association (MHA) disputes the Globe on this point. In a letter to the editor, MHA President and CEO Lynn Nicholas writes, “…Nantucket Cottage Hospital did not make the ‘switch to rural’ in 2008 as you report but has always been a rural hospital for as long as rural hospitals have been defined by the CMS.”

However, a report in the Inquirer and Mirror, Nantucket’s newspaper, states:

“The terms of the affiliation hinged on Nantucket agreeing to receive less compensation from Medicare and Medicaid by lowering its hospital state reimbursement status from a Critical Access Hospital to ‘Rural.’ Reimbursement rates elevated statewide as a result, which MGH officials at the time told The Inquirer and Mirror would translate into tens of millions of dollars in increased yearly revenue for Partners HealthCare’s massive operation volume, which includes 1.5 million outpatient visits a year. But NCH didn’t actually lose money in the status change. Partners makes up the difference for the hospital on what it would have received for procedures were it still a Critical Access hospital.”