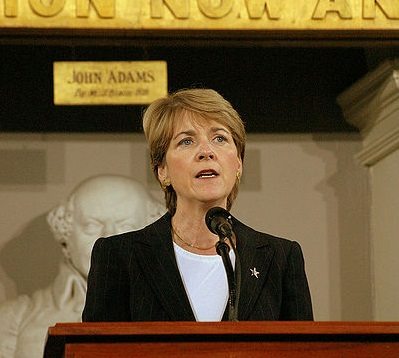 The Boston Globe’s story on Attorney General Martha Coakley’s review of nonprofit compensation says it all: “Nonprofit groups in Massachusetts are paying their chief executives huge amounts of money and giving them lavish perks unavailable to most workers.”

Coakley’s report examined 25 large corporations, typically hospitals, insurers, and colleges, and discovered a pattern of high salaries plus bonuses, deferred compensation, auto allowances, financial planning, life insurance, and, according to the Globe, “other benefits that are more commonly associated with corporate leaders.” Total compensation for some of these nonprofit execs reached as high as $8.8 million between 2009 and 2011.

Coakley’s report contended, “It is not always clear that large compensation benefits packages are actually necessary to attract and retain talent.” That conclusion runs head-on into a theme popping up in nonprofit journals recently that nonprofit executives should be paid like their for-profit counterparts, or at least that their organizations’ nonprofit status shouldn’t mean that they have to accept less than what they think is necessary or what they might deserve.

While not specifying or recommending salary caps, the AG report, according to the Globe, suggested that “nonprofit compensation committees to consider their charitable mission, how the executive pay compares to other workers’ salaries, and take into account the amount of public support the nonprofit receives from its tax-exempt status.” The report also suggested that nonprofit boards reconsider their promises to executives for large severance payments.

But Coakley came to this study after the largest nonprofit health plan in Massachusetts, Blue Cross and Blue Shield, gave two former CEOs large lump sum payouts on their retirement, $16.4 million for William C. Van Faasen in 2006 and $11 million, including a $4.2 million severance payment, for Cleve Killingsworth in 2010.

From the AG’s report, these are the 2011 total compensation numbers for the heads of some of the 25 nonprofits in the study:

While there are positions for and against high salaries for nonprofit executives, Coakley’s report is going to get a lot of attention, if only because she stands a good change of being elected the next governor of the state. Here are some questions for consideration:

This isn’t the first time that Coakley has examined the supposed practice of excessively high compensation in the nonprofit sector, including issues such as paying the trustees of nonprofit insurers. This repeated attention to a practice dominated by a small number of very large nonprofits suggests that her report won’t be the last time someone in public office questions the salaries being paid to nonprofit insurers and nonprofit hospitals.—Rick Cohen