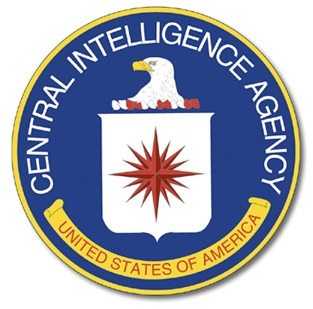 We kid you not…

John Donald Cody, alias Bobby Thompson, has been wanted by the FBI since 1987. Cody, a former military intelligence officer of eight years in the 1970s, was declared dead in 1997 after his mother and sister petitioned, but Bobby Thompson registered to vote in Florida in 1998.

How does this have anything to do with the nonprofit sector? Bobby Thompson is currently on trial for running a massive scam as “U.S. Navy Veterans Association,” which he founded in 2002, ostensibly to send care packages to troops overseas. Its fundraising operation brought in as much as $22 million a year, but passed along apparently 1% or so to organizations serving veterans.

NPQ has been covering this story for a while—see here and here—but now the man calling himself Thompson is claiming that the nonprofit was a covert CIA scheme and that he was still working for the CIA in “a U.S. intelligence community/White House and Republican Party–manipulated operation.”

His court-appointed lawyer, Joseph Patituce, says Thompson has been a generous Republican donor. Patituce tried to subpoena number of prominent Ohio Republicans who received campaign donations from the charity, including House Speaker John Boehner and Ohio Attorney General Mike DeWine, whose office is prosecuting the case. Judge Steven Gall has quashed the subpoenas, calling the donations “kind of a sidebar to the scam.”

Among others, prosecutors intend to call Navy Veterans’ lawyers, Thompson’s plastic surgeon, and nearly a dozen men whose identities prosecutors say he stole. Thompson’s lawyer is asserting that most of the money raised by Navy Veterans went to professional fundraisers and that the organization passed four IRS audits, having only kept about 10 percent of the over $100 million raised.

Thompson, in his court filings, blames the closing of Navy Veterans on a political conspiracy carried out by Jeff Testerman, a reporter at the Tampa Bay Times, who Thompson describes as a “pro-Obama, anti-Bush domestic and foreign policy, Democratic Party adherent.” Testerman’s stories exposed the charity as a fraud and found that Navy Veterans had donated at least $300,000 to political candidates, mostly Republican. Florida and Ohio charged Thompson, but by then he had taken off. He was finally picked up in Portland, Oregon, last year, though his identity was still a mystery until U.S. Marshal Pete Elliott happened across an old FBI “Wanted” photo six months later and recognized Cody.

But Patituce says that the fact that his fingerprints were not identified in the first search is evidence that Cody/Thompson had friends in high places. “The U.S. State Department had his fingerprint cards removed for a reason,” he said. And even Elliot, the U.S. marshal, says, “All I can tell you is they should have been in the national database and they were not.”

There is way more to this strange and reprehensible story, but we will let you follow it yourselves. It probably does not need saying that in light of the legitimate needs of returning veterans, this kind of fraud deserves the most serious of prosecutions—however bizarre the details of the case.—Ruth McCambridge