Melinda Gates Says ‘No Controversy’ in Foundation’s Support for Contraception: Others do not Agree 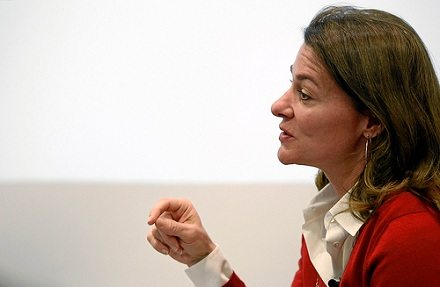 The Gates Foundation appears to be headed toward a major re-investment in birth control both financially and as a priority health policy concern. Following an April TED talk given by Melinda Gates (who is Catholic) observers knew that they could likely expect an increase in Gates activity in the area of contraception.

This week the Gates Foundation will combine with the British government to host a summit of world leaders aimed at taking up the issue of access. The intention of the summit is to raise $4 billion to make contraceptives available to 120 million women in poor countries, but religious leaders are already calling the gathering, a “blatant attack on morality.”

The foundation, which asserts that contraception is a health need cited repeatedly as critical by poor women themselves, and one that is correlated with many other indicators of community well being has established a website called No-Controversy.com to enlist support for access to contraception. It reads:

“Contraceptives are not controversial.

There is no controversy in empowering women to decide if and when to have a child.

Surely there is no controversy? Or surely there should be no controversy? (It is an interesting question – in a head to head culture war battle between the influential Gates Foundation and the Catholic Church – who would/will win?)

The foundation, which had, on inception, declared birth control as one of its priority issues, later backed away temporarily, apparently because of the potential for becoming embroiled in controversy. Ms. Gates is now calling the redress of lack of access to contraception her “life’s work,” asserting that lack of access is a “crime,” and adding, “We made birth control and contraceptives way too political in the US. I think if people understood that 200 million women want this around the world they would start to say, ‘OK that makes sense.’”

We only wish it were so but having the Gates Foundation insisting upon a sensible point of view on the issue can’t hurt.—Ruth McCambridge