Memphis Nonprofits Plagued by Metal Thefts – Are You? 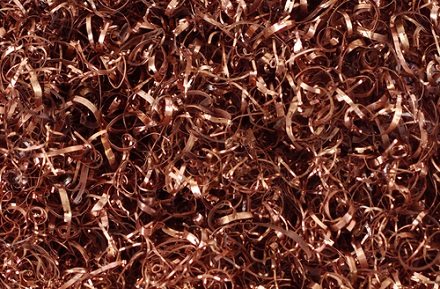 In Memphis, metal thefts have increased significantly over the last two years and some of those victimized have been nonprofits. The Mid-South Food Bank was hit on Tuesday by one such theft. The organization collects and distributes food through a network of food programs in Memphis and 31 counties in West Tennessee, North Mississippi and Eastern Arkansas. The thieves took copper wire from two cooling units at a warehouse, forcing the nonprofit organization to find alternative ways of distributing food that day (as they kept the unit shut to save the meat and produce stored in it until the cooling mechanism could be replaced).

Similarly, in June, the Boys and Girls Clubs of Greater Memphis suffered a burglary where it lost air conditioners and copper wire and pipe at a branch that hadn’t yet opened. It cost the organization $110,000 and delayed the branch opening. Its community and the local United Way responded with support at the time.

It looks like scrap metal thefts are up in many areas, including in California, where it is being termed an epidemic. This report suggests that the driver is scrap yards that pay high prices for copper and steel to be resold to factories in Asia. In Rhode Island, the Associated Press reports that “officials discovered that bronze plaques honoring work done during the Great Depression had been pried from sidewalks at Providence’s largest park. Then a historical marker vanished in Pawtucket.” According to the AP, China and other developing nations are buying more copper and, as a result, “Copper was selling on the London Metals Exchange for less than $1 per pound in 2002 but hit prices of $4 in 2006. Prices have fluctuated since the economic downturn hit but remain above $3 a pound.”

Syracuse, N.Y. has also seen a 50 percent increase in such thefts in recent months. Recently, copper piping and air conditioning copper was stolen from Syracuse’s Clary Middle School. The problem has prompted Sen. Charles Schumer (D-N.Y.) to propose legislation that would make it a federal offense to steal metal from bridges, roads and schools. Maybe he should include nonprofits in that legislation. –Ruth McCambridge