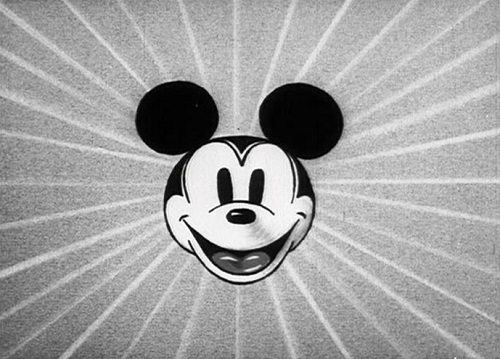 An organization called No Casinos is leading the charge against legalizing casinos outside of Indian reservations. On GuideStar, No Casinos shows up as a 501(c)(4) established in 1990, but with its tax exempt status marked “revoked.” The address for No Casinos, per GuideStar, is 605 East Robinson Street, Suite 310, in Orlando, which is also the address of Consensus Communications (cited on this document as occupying suite 310, as well as other suites), a for-profit public relations firm run by one John Sowinski. Sowinski is identified in the press as president of No Casinos.

Sunshine State News columnist Nancy Smith makes no bones about her support of casino gambling as “a classier venue for adult entertainment,” which she prefers over “the growing mish-mash of mostly low-end options.” While the analysis of classy vs. low-end analysis puts us off a bit, she devotes a recent column to taking apart No Casinos by examining who—particularly Disney—might or might not be behind the organization, presumably with a revived tax-exempt status.

However, Smith doesn’t quite take No Casinos apart entirely. Sowinski answered a series of questions posed by Smith, who then helpfully attached the responses to her column. Although Sowinski declines to identify the financial backers of No Casinos, he asserts that the group takes no money from gambling interests, including the Seminole Hard Rock Tampa facility, which, with other Seminole-operated casinos in Florida, has a five-year agreement with the state for table games such as blackjack and a separate agreement on slots, paying the state $1 billion in revenues over five years.

The lurking question that Smith insinuates and Sowinski doesn’t quite deny is how much Disney is directly and tangibly involved in the No Casinos effort. In the New York Times, Lizette Alvarez and Michael Snyder do not specifically identify Disney as a financial backer of No Casinos, but implied other elements of potential hypocrisy on the mouse-company’s part. In contrast to its opposition to the expanded presence of casinos as harming Florida’s “family friendly” resort identity, the article notes that Florida is awash with legal gambling: racetracks, jai alai frontons, racinos, and the seven or so casinos of the Seminole tribe. Moreover, Disney itself has its corporate fingers in legalized gambling; it licenses the Marvel and Lucasfilm character images it owns for use on slot machines. (Disney representatives have since said they plan to end those arrangements.)

Family-friendly or not, Disney doesn’t want the competition of expanded casinos. It appears that the Seminoles don’t either, and even the racinos are in opposition to potential legislation that would authorize new destination casinos. While Disney may or may not be putting money into No Casinos, it is putting money into the campaign coffers of Florida politicians. Since 2012, Disney has donated $1.7 million to Florida’s Republican Party and $759,000 to the Democratic opposition. Other players in the gambling scrum include Sheldon Adelson, the owner of the Las Vegas Sands Corporation, and the Seminole tribe. Both donated $250,000 to Governor Rick Scott’s campaign coffers. We would guess that Adelson’s donation is to woo the governor to support casino expansion, while the donation from the Seminoles could go either way, given the expiration of their deal with the state in 2015. An additional $250,000 donation by Disney to the Florida Chamber of Commerce was followed by the Chamber’s donation of $250,000 to Scott’s “Let’s Get to Work” reelection PAC.

Big corporate money on both sides of the Florida gambling debate casts a pall over the issue. But a recent report, the first of a two-volume state-sponsored analysis of gambling, suggests some of the challenges:

It’s tough for community groups to fight against wealthy political interests, and as a result, odd alliances sometimes emerge. In this case, the massive Walt Disney Company finds itself on the side of advocates against increased casino gambling.

It seems that Mickey’s owners would like to maintain that in family-friendly central Florida, “what happens in DisneyWorld stays in DisneyWorld,” and what happens in Orlando shouldn’t include casino gambling. But it would be good for everyone concerned if all of the lobbying interests, for and against expanded casinos, were to disclose their donors.—Rick Cohen

This article has been altered from its original form. The article initially asserted that casinos were present on Disney cruise ships that operated outside of U.S. waters; this is not the case. Disney representatives also say they intend to cease the licensing of their Lucasfilm and Marvel characters on slots.