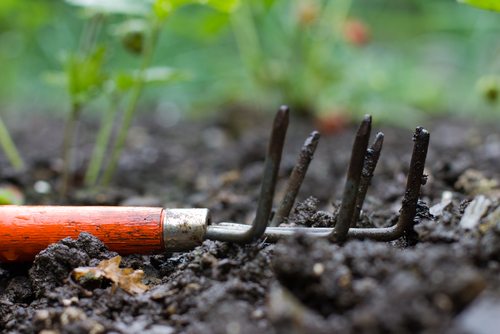 It was probably unintentional that the Addison County Independent assigned John Flowers to cover Middlebury, Vermont’s idea about asking nonprofit groups to tend community gardens in return for their tax-exempt status.

Call it a “GILOT” proposal—Gardens in Lieu of Taxes. Planning commission chairperson Nancy Malcolm has proposed that nonprofits that don’t already make PILOTs to the community (such as Middlebury College) or don’t indirectly pay taxes (such as through paying rent to taxpaying landlords) adopt gardens in return for their tax-exempt status.

Essentially, Malcolm’s idea would have nonprofits “adopt” gardens, median strips, or other public parcels and be responsible for their maintenance and upkeep, much like what readers are probably used to seeing as private corporations adopting stretches of public highways. “This would give the various nonprofits an opportunity to give back to the Middlebury community that so graciously has supported them over the years,” Malcolm said. “It would also alleviate some of the stress on the town budget.”

Generally, Malcolm’s proposal has received positive reviews from Middlebury’s nonprofit community. Apparently, there are already nonprofits that do little things to tend public property around town, such as the Middlebury Garden Club’s tending to the flowerbeds at the Henry Sheldon Museum of Natural History and the Mary Johnson Children’s Center helping with the vegetable garden at the Mary Hogan Elementary School.

Malcolm’s proposal might read like a substitute for payments in lieu of taxes, but it is really representative of the best of small-town culture. Middlebury has a population of roughly 8,500; that’s it. In small towns, because of limited tax bases and governmental capacity, residents often pitch in to take care of public areas. We’ll bet that Malcolm’s proposal for Middlebury’s nonprofits is matched by, or more likely builds on, the volunteerism of Middlebury residents.—Rick Cohen