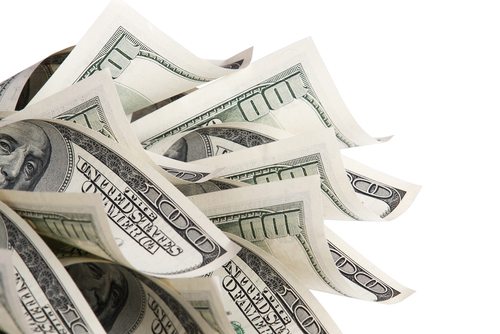 Mikey Weinstein runs an organization called the Military Religious Freedom Foundation.   The nonprofit with Weinstein as the only paid staff person, according to Stephen Losey writing for the Air Force Times, is dedicated to “ferociously arguing for the separation of church and state in the military.”  On the organization’s 2012 Form 990, the mission is described as “to provide legal representation to defend [and to educate the public regarding] the constitutional right of religious freedom, and the separation of church and state in the United States Military”

It is a legitimate nonprofit function on its face, but the organization has a financial dimension that is a little unusual.  Mikey Weinstein’s salary as CEO in 2012 was $273,355, constituting 47 percent of all of nonprofit’s grants and contributions.  In 2011, his compensation was $252,681, up from $218,201 in 2010.  In other years, Weinstein’s salary has also been equal to 40 percent or more of MRFF’s total revenues, including 54 percent in 2009.  The 990s report that Weinstein’s compensation is based on an 80-hour work week.

A graduate of the Air Force Academy in 1977 and a 10-year judge advocate general in the Air Force, Weinstein created MRFF in 2005 after his younger son experienced anti-Semitic prejudice while a cadet at the Academy in 2004.  He says that the organization helps 300 to 600 people a month, presumably through with legal referrals and pro bono representation through volunteer lawyers as described in the 2010 990.

The organization defends Weinstein’s salary, calculated at $197 an hour for Weinstein’s 80-hour work week, as lower than what he could get as a private lawyer charging $248 an hour. That’s not quite the same as a reliable compensation survey, but we aren’t experts as to whether that kind of compensation analysis suffices.  As a paid employee, Weinstein is one of only three board members of the organization, so he gets to vote on his own compensation according to the article, again not a typical procedure and usually frowned upon.

Weinstein defends his salary by virtue of the work and accomplishments of the organization and apparent nominations he has received for the Nobel Prize.  It is worth noting that some of the virulent criticism Weinstein and MRFF have received comes from people who are described in the article as the “religious right,” including “Focus on the Family founder James Dobson [who] blasted Weinstein as a ‘bitter man’ who ‘receives a huge salary from MRFF’ for ‘filing, and usually losing, bogus lawsuits’ against Christians.”  A Jew, Weinstein has received his share of anti-Semitic venom in response to his vigorous advocacy against religious intrusion in the military, particularly in the Academy.

It seems to us, if the reporting is on target, that there is a purpose to MRFF and a purpose to Weinstein’s personal labors.  But the organization could stand an improved structure for finances and governance—a better analysis and justification of Weinstein’s salary based on a more reasonable allocation of hours (many of us work tons more than 35 or 40 hours a week, but don’t calculate our salaries based on that); a different board structure with more board members and Weinstein certainly not voting on his own salary if not leaving the board altogether; and perhaps bringing in some solid nonprofit experts who can advise about restructuring the organization to look and operate like a more credible nonprofit.—Rick Cohen