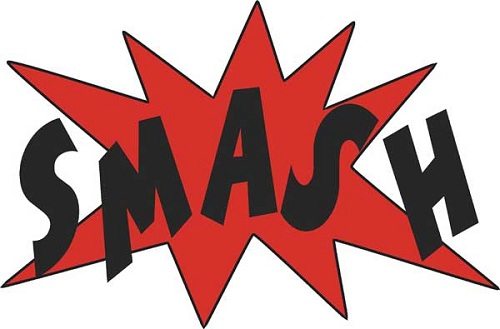 Last month, a group called Nexus held a three-day convention of, per its own statements, more than 600 “young philanthropists and social entrepreneurs from 70 countries…to solve global challenges.” Organized for millennials, it seems, Nexus is an “autonomously managed” project of Search for Common Ground, founded in 1982 to work on collaborative problem solving as an alternative to adversarial approaches to conflict. It’s no surprise to see the current memes of “millennials” and “social entrepreneurship” positioned as alternatives to the sturm und drang of contentious, adversarial approaches to international problem solving on issues of hunger and poverty.

Evan Kirkpatrick, a Forbes columnist who describes his beat as “capitalist philanthropy,” attended the program. “The millennial generation has spoken,” Kirkpatrick concluded from the event. “We are incredibly optimistic about the future and simultaneously disgusted with the atrocities taking place such as extreme poverty, hunger, and lack of accessible sanitation in developing countries.”

Kirkpatrick cites Rachel Cohen Gerrol, a co-founder of Nexus, as she explained her vision of the organization: “We believe that connections made at Nexus will enable global partnerships for change to happen faster than they naturally would and thus international efforts around critical issues can take shape in more efficient ways.” How does social change problem-solving become more efficient? The vision is inserting social enterprise into social change. Jeremy Vallerand, the president of the anti-trafficking program, Rescue: Freedom, said, “What I love about Nexus is how it brings people together who blur the lines between philanthropy and business, entrepreneurship and humanitarianism”.

What did Kirkpatrick learn about the role of millennial social entrepreneurs solving global problems? He reports three lessons:

Kirkpatrick’s article is brief, so one has to assume that he isn’t ascribing the progress on social metrics to millennials and social enterprise. Presumably, he also isn’t mistaking the examples of corporate social investment and corporate social responsibility with the still-minimal progress, both in this country and around the world, in reining in corporate power and misdeeds (such as the struggle to get U.S. companies to deal with issues of factory safety in Bangladesh after the recently deadly building collapse and other factory fires, as covered in reports here and here). We would guess that Kirkpatrick wouldn’t confuse the presentation of Adrian Grenier, star of HBO’s Entourage, with a widespread substantive, positive engagement of celebrity charity for social change rather than public relations. (Kirkpatrick notes that he regularly works with Hollywood entertainment companies “with an impact focus” as the founder of a wealth management company.)

In the end, Kirkpatrick sees the Nexus event as a call to action. For a start, he recommends aiming at the issue of clean water, to which 783 million people lack access. He recommends the Charity:Water website for information on how to set up a clean water campaign. One example he cites is purchasing a Hydros bottle, manufactured by a company that donates part of its proceeds to water projects. It is, according to Kirkpatrick, an example of “smashing these problems one at a time.” As a believer in capitalist philanthropy, it perhaps isn’t surprising that he suggests that “we have made extraordinary progress” without mentioning how much of the progress is due to governmental and international organization action, dwarfing the positive accomplishments of social entrepreneurs.

He concludes by paraphrasing the founder of entrepreneurship celebrator Empact, Michael Simmons, to say, “If you want to go fast, go alone. If you want to go far, go together.” Philanthropic capitalists might want to remember that statement to realize that capitalists don’t solve social problems by themselves either. – Rick Cohen