Mining Company Hires Opposition to Monitor It; Will This Work? 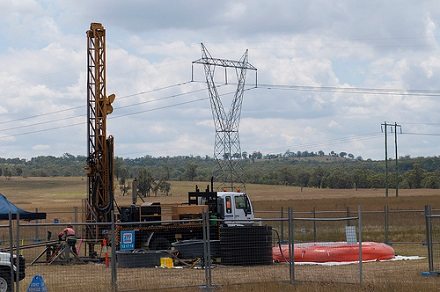 How does a corporation monitor itself against the possibility of its own corporate misbehavior? Rio Tinto, a Brazilian mining company, is taking the unusual step of hiring its opposition to watch for missteps.

A decade ago, we wrote about the problems entailed in the oversight approach taken by the Gap and Nike to monitor their overseas sweatshops. Fundamentally, the issue was that Nike and the Gap recruited a nonprofit monitor that they funded and controlled. For all intents and purposes, it was hardly the recruitment of an independent nonprofit. Heck, Nike and the Gap were not just the funders—they were the nonprofit’s board of directors. We found ourselves unimpressed with the notion that the two clothing manufacturers could create a wholly dependent arm of their operations, call it an independent nonprofit, and then count their contributions toward it as corporate philanthropy.

Rio Tinto is building a nickel and copper mine near Marquette, Mich. Although Rio Tinto’s Eagle Mine has received required federal and state permits (including the required expenditure of a million dollars on environmental monitoring), environmentalists are in court challenging the construction, concerned about the impact of the mining operations on Lake Superior and other waterways. Facing continuing opposition, Rio Tinto decided to enlist its opposition, the Superior Watershed Partnership, to conduct independent testing around the mine. The company will pay the Watershed Partnership $300,000 a year for the testing.

The Partnership was opposed to the mine, but since the mine is going forward nonetheless, it is willing to take on the role of the mine’s watchdog. “(T)his monitoring program has been one of the few things that’ve come out of the whole Eagle Mine that has generated support from all sectors,” explains Carl Lindquist, the Partnership’s executive director. The Partnership has pledged to use its own scientists to oversee the testing, to use labs approved by the Environmental Protection Agency, and to take other steps to ensure the probity of the testing regime.

To main an “arms’ length” relationship with Rio Tinto, Lindquist says that the Rio Tinto moneys will be handled by the Marquette County Community Foundation. Also, information about the testing will be posted online, and comments, criticisms, and challenges will be invited.

Will this testing agreement suffice to allay the concerns of environmentalists and community residents? The National Wildlife Federation, which has issued a legal challenge to Rio Tinto’s state permits, doesn’t seem sold on the idea, believing that $300,000 of annual testing is inadequate to cover the area that will be impacted by the mine. A Wildlife Federation spokeswoman said that her organization is particularly concerned about the possible generation of highly toxic sulfuric acid with the planned use of sulfide mining techniques.

Rio Tinto is taking a different path than Nike and the Gap, hiring an independent nonprofit watchdog that it doesn’t control and that actually opposed its plans. Does this scheme look likely to work? Can the Partnership maintain its independence if it is funded for this task by Rio Tinto itself? Will it be beholden to the possible shortcomings of its testing if it discovers that to do the testing well, it costs more than $300,000 a year?—Rick Cohen