Mobilizing the African Diaspora to the Benefit of Home Nations 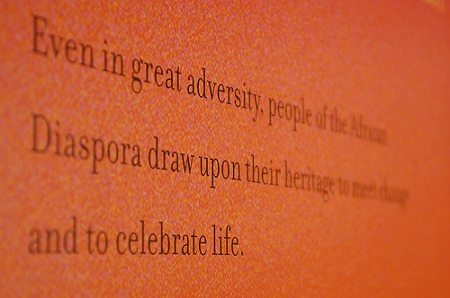 Quality research and analysis abounds in the Brookings Institution report, Foresight Africa: Top Priorities for the Continent in 2013. All of it is well worth the read, with statistics that should give all NPQ Newswire readers pause as they fret about conditions here in the U.S. For example, John Page observes that youth comprise two-fifths of Africa’s population but three-fifths of the continent’s unemployed. The report notes that 82 percent of Africa’s employed population are “working poor” (compared to 39 percent globally). Kevin Watkins raises the point that “30 million primary school-age children in Africa—one in every four—are out of school, along with 20 million adolescents” and that “around one in three children around primary school age in Africa are involved in hazardous employment.” Even though Africa has some nations with rapidly growing economies, remember that the growth is measured against low starting points, giving some African nations little ability to catch up.

For NPQ, with our focus on charity and philanthropy, we found the chapter on the role of the African diaspora in the development of the continent of particular interest. Researchers have often complained that studies of charitable giving typically undercount the giving of immigrants in this nation who, instead of giving to charities, often send money back (“remittances”) to their home countries for families and communities. In this volume, Anne W. Kamau and Mwangi S. Kimenyi, both fellows at the Brookings Africa Growth Initiative, argue that the role of the diaspora should be more than just sending money.

How large is the African diaspora? According to Kamau and Kimenyi, it’s 30.6 million people, about half of which are migrants within Africa, while 8.2 Africans are in Europe and two million are in the Americas. Money from the African diaspora amounted to $40 billion in 2010. Most of the remittances return to Africa as support to families.

These statistics refer to the “voluntary diaspora,” people who migrated by choice, as opposed to the “involuntary diaspora” of Africans who were taken to the U.S. and the Caribbean as slaves.   Kamau and Kimenyi argue that African nations should be doing a better job of “harnessing” the resources represented by the African diaspora, not just in terms of money sent back for the support of families and communities, but in terms of investment capital and technical knowledge—and political advocacy.

The authors cite the advocacy of the Congressional Black Caucus, the Constituency for Africa, the Diaspora African Women’s Network, and TransAfrica as examples of groups promoting legislation that would help African countries. Kamau and Kimenyi suggest that better coordination with African countries would be beneficial for them. On the skills transfer side, the authors suggest learning from TalentCorp in Malaysia, a partnership between the government, the private sector, and people from the overseas diaspora. TalentCorp recruits diasporan Malaysians to bring people back to their homeland. Not quite as well supported as TalentCorp, the South Africa Network of Skills Abroad (SANSA) and Nigerians in the Diaspora (NIDO) are attempting to address part of the challenge of tapping Africans abroad for their technical skills.

How can African nations go about organizing their diasporan populations to play positive economic and social roles in their home countries? The African diaspora means money for migrants’ home nations, skills for economic development, and investment capital. We might suggest that as much as there should be action by individual African nations and by multilateral African groups to engage the African diaspora, it would seem that a vital component of organizing the African diaspora in the Americas might have to come from the diasporan population itself.—Rick Cohen