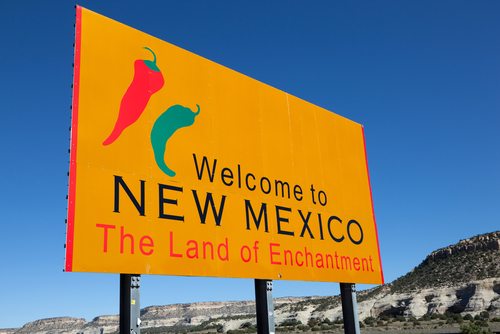 The proliferation of 501(c)(4) social welfare organizations, created just about completely for political purposes with scant or obscure social welfare activities, is reaching a point of utter confusion. Nationally, these 501(c)(4) organizations, which are supposed to devote the majority of their activities to social welfare rather than political activities, have overtaken Political Action Committees (PACs) in terms of political spending, with the difference being that PACs have to disclose their donors, but (c)(4)s don’t. Lately, the (c)(4) phenomenon has felt like a stampede, which may be the appropriate term to use for the latest news from New Mexico.

One of the newest dark money organizations to operate in New Mexico is called New Mexico Competes, Inc., with one Craig Engle, a former general counsel to the National Republican Senatorial Committee, listed as the organization’s agent. Writing for the Santa Fe Reporter, Justin Horwath says that the “specific tax-exempt status of the group is unclear.” He describes the rules applying to (c)(4)s—that they cannot endorse a candidate or party and that they cannot coordinate their activities with candidates—but concludes, “when it comes to campaign spending, it’s the Wild West.”

Let’s be sure to note that it’s not only Republicans. Last month, a document for New Mexico Prosperity, another new 501(c)(4), revealed that its not-so-nonpartisan mission was to protect Democrats and oppose New Mexico’s Republican governor Susana Martinez. Prosperity’s founder, Democratic consultant Jon Lipshutz, responded that the document didn’t accurately describe the purpose and activities of the organization.

Competes and Prosperity are both active, though Horwath said that the IRS didn’t have a record of either group’s tax-exempt status as of May 2nd—despite, for example, the action of someone who registered the domain name “newmexicocompetes.org” in March.

It looks to us as if New Mexico Competes is active. Its website is up and operating, with this as part of its explanation of purpose:

A former Federal Elections Commission regulator, Engle seems to have created a website that steers deftly away from overt partisanship, highlighting policies, including rating school performance, ending social promotion in schools, and applauding the state’s lowering of its business tax rate in 2013, and running radio ads promoting economic development diversity and calling for tougher action on Medicaid fraud.

The document that the Reporter revealed about New Mexico Prosperity, acknowledged by Lipshutz to be “a copy of an internal document,” got a negative review from Marc Owens, the former director of the exempt organizations division of the IRS. “Nothing in that sheet really is an appropriate activity for a 501(c)4,” Owens told the Reporter. “It certainly appears that the organization is operating for the benefit of the Democratic Party of New Mexico, and for particular candidates—and against certain candidates of the Republican Party…And that’s the sort of private benefit that the IRS has used to deny exemption to other 501(c)4s in the past.”

To be fair, our guess is that Competes intends to be no less political than Prosperity, although, of course, we could be wrong. The purpose of the new brand of 501(c)(4) social welfare organizations is predominantly political—partisanly so. Their social welfare purposes are (wink, wink) nonpolitical and nonpartisan.

Since the IRS is staggering lately due to the implosion of its tax-exempt units, we can look forward to one thing to control the explosion of (c)(4)s: They might run out of names. On Guidestar, we found the New Mexico Prosperity Project, a business-oriented 501(c)(6); People for Prosperity, a pro-business (c)(6) focused on Las Cruces; and Prosperity Works, a 501(c)(3) that promotes Individual Development Accounts for low-income families. Not many more possibilities for “Prosperity.” Now, what about “Competes?”—Rick Cohen