Moscow and NYC Duke It Out for Most Billionaires 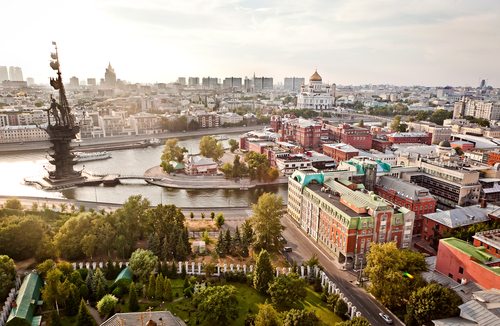 Many of us in this sector have billionaire envy, so it’s good to know where they congregate so we can hang around hoping to get noticed. The latest report from the WealthInsight research firm ranked cities by their concentration of billionaires. According to their figures, the cities with the greatest numbers of billionaires living within are New York (70), Moscow (64), and London (54).

But there may be room for argument regarding that number-one spot. The latest poll from the Chinese Hurun Research Institute puts the number of resident billionaires in Moscow at 76.

If you were to look at the impoverished middle class—those with more than $30 million and less than $1 billion— of ungodly rich people, Moscow does not even rank in the top twenty. London leads that list, with Tokyo and Singapore in second and third place respectively. Besides, Moscow only has 101,000 millionaires in 20th place, compared with Tokyo (461,000) and New York (389,000).

It’s all well and good to be a billionaire, but how much do these Muscovites give away? Here is an infographic from Bloomberg detailing how the richest of Russians choose to contribute. You know, in case you have your eye on a move.—Ruth McCambridge