Most Politically Influential Billionaire Isn’t a Koch or Soros 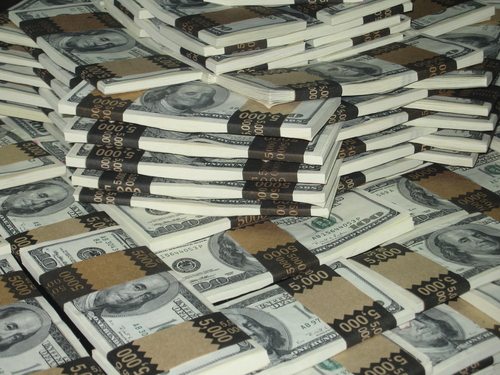 Give Los Angeles Times columnist Michael Hiltzik plaudits for an excellent column on the outsized influence of billionaire philanthropist Peter G. Peterson in public policy and politics. Peterson has steered clear of the shoals of right and left wings that have turned the Koch brothers and George Soros into all-purpose blame-the-enemy philanthropic and political funders.

Peterson, who was Richard Nixon’s Commerce Secretary and later chairman and CEO of Lehman Brothers and the Blackstone Group, uses his money to fund think tanks that focus on the national deficit and federal spending programs. Politicians of both parties give him credit for his deficit reduction studies, including a curriculum to teach high school kids about the federal deficit, even though when you dig into his solutions for the deficit, a lot of the focus falls on reforming Social Security, Medicare, and Medicaid with cuts that people who think of these programs in terms of universal coverage might not accept.

Not only is Peterson generally well-liked on both sides of the aisle, he is a primary funder of the Comeback America Initiative, the anti-deficit campaign founded and run by the reasonable-sounding David Walker. Hiltzik reports that Walker, a former comptroller general, used to head the Peter G. Peterson Foundation, which put $3.1 million into Comeback’s budget. The foundation maintains Peterson’s bipartisan or nonpartisan image with an advisory board including former New York Gov. Mario Cuomo, former Treasury Secretary Robert Rubin, former Secretary of State George Schultz, and former Federal Reserve Chairman Paul Volcker.

The foundation’s grantmaking is multi-ideological as well, with grants going to the Heritage Foundation and the American Enterprise Institute on the conservative side of the ledger and the Center for American Progress and the Economic Policy Institute on the liberal side. While anything associated with Koch or Soros gets a kneejerk rejection from one side or the other, that’s not so with the programs of Pete Peterson.

There may be two morals of the story. One is to look askance at the media’s obsession with the Koch brothers and Soros to see the many other actors in the supporting wings of the two major political parties. The other is to wonder just what is going on between the ears of some politicians who rail on and on about specific budget and deficit issues but then seek and accept Peterson’s money without recognizing that Peterson has his own budget/deficit agenda that may actually conflict with their own.—Rick Cohen