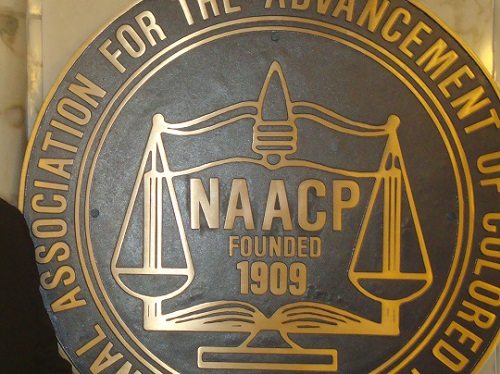 The new president of the NAACP, Cornell Brooks, appears to be a credible choice to run the nation’s largest and oldest civil rights organization. A Yale-educated lawyer who also holds a Master’s in Divinity from Boston University, Brooks was the president and CEO of the nonprofit New Jersey Institute for Social Justice based in Newark, known for research and advocacy on behalf of inner-city residents in the Garden State. Among the issues that the Institute had addressed during Brooks’ time at the helm have been zero-tolerance school discipline policies, juvenile detention alternatives, community benefit agreements with anchor institutions, an environmental job training program for unemployed Newark residents, and expansion of federally qualified health centers, just to name a few.

Running the NAACP wasn’t an easy road for Ben Todd Jealous and won’t be any easier for Cornell Brooks. Some of the challenges are on the policy side:

Other challenges relate to the internal dynamics of the NAACP and its more than 2,000 local branches, councils, and chapters:

As incidents ranging from Donald Sterling’s taped racial commentary about Stiviano’s companions and his feelings about Magic Johnson to the Wolfeboro, New Hampshire police chief’s use of a racial epithet to describe President Obama—which spurred part-time Wolfeboro resident, Mitt Romney, to call for the police chief’s resignation—Brooks and the NAACP will have plenty of overt racial animus to confront in the months and years ahead. The more difficult challenge will be to address and overcome the policies and practices that, undertaken without  obvious or even any racial animus, nonetheless lead to demonstrable, continuing, and deepening racial inequities. All of the talk in academic and philanthropic circles about addressing institutional and “structural racism” is leagues ahead of the design and implementation concrete, effective actions. That also is, by definition, on the NAACP’s agenda.

Periodically, due to crisis and change, the NAACP goes through a dynamic of reinvention. With the election of Brooks as president, another one of those moments of reinvention is at hand.—Rick Cohen