Municipal Bankruptcies Loom: Will Foundations Step Up for the Next Detroit? 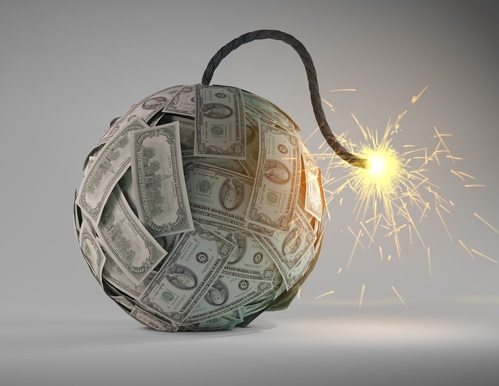 Which city in the nation is the next Detroit? Or, in what may be a more accurate question, which is the next San Bernardino, California, or the next Jefferson County, Alabama, or the next Central Falls, Rhode Island—all cities that have declared bankruptcy?

Stateline is reporting on state governments intervening to help financially troubled cities, including the efforts of the state of Illinois to help Chicago out of its public pension crisis. Chicago’s public pension challenges in some ways dwarf Detroit’s, but the city and the state are taking preemptive action. “We’re not Detroit,” observed Christopher Mooney, head of the Institute of Government and Public Affairs at the University of Illinois, commenting on the state’s and city’s actions. “This state has an interest in making the City of Chicago a viable economic place, because it’s the engine of our whole state economy. If people think we’re another Detroit, they might avoid it.”

Stateline’s Elaine S. Povich noted that there were only four municipal or county bankruptcies between 1970 and 2009 (as opposed to bankrupt school districts or other local government entities). However, municipalities that have teetered on the edge of bankruptcy or threatened to declare bankruptcy are much more numerous. San Bernardino’s 2012 Chapter 9 declaration was a rarity, but it isn’t hard to imagine that other cities will be facing financial problems like San Bernardino’s.

Detroit was able to leverage the resources and commitments of Michigan foundations, several with strong Detroit roots, in a plan to convert the city-owned Detroit Institute of Arts into a nonprofit, with the foundations’ and the state’s money combined in a so-called “Grand Bargain” to help the city deal with its $3.5 billion pension system shortfall. Alan Mallach, the urban development expert and senior fellow at the Center for Community Progress, says that states cannot simply tell financially stressed cities that they “misbehaved” and have to go it alone. “It is the state’s problem,” Mallach says, “because, in part, it’s in the state’s interests to have strong healthy cities.”

As true as that might be, Povich points out that in Pennsylvania, legislators are cutting back on the state’s role in helping financially distressed municipalities by capping at five years the time in which municipalities could stay in the state’s fiscal assistance program. (According to Povich, 10 Pennsylvania cities have been in the program for 10 or more years.)

As states cut back and reduce their commitments to fiscally stressed cities, there will be a demand for creative financial approaches to help cities dig out from their crises. In Detroit, a handful of major foundations deployed as much creativity as capital to the city, tied to the linchpin of the DIA. But where are the foundations that will help the small communities of Alabama? Jefferson County contains Birmingham, the state’s largest city, but indigenous Alabama funders that might step up to work with the state to craft Detroit-like strategies are scarce. Of the top 50 grantmakers to recipients in Alabama, only four are actually even located in Alabama, with the Community Foundation of Greater Birmingham as the largest grantmaker awarding only $8.87 million in grants to Alabama nonprofits in 2011, according to data from the Foundation Center

Among Pennsylvania’s severely stressed cities are Scranton, Harrisburg (which actually tried to declare bankruptcy), Aliquippa, and the desperately poverty-stricken Reading. Having met with and interviewed foundations in Detroit that have been engaged for years to revive that struggling city, this newswire writer understands the level of creative effort that foundations have devoted to Detroit. Some collaborative efforts of Detroit foundations worked while others fell apart, but they added up to a philanthropic partner to aid city and state governments. Where are the foundations that will do for Reading and Aliquippa what foundations were able to conceive and implement for Detroit?—Rick Cohen