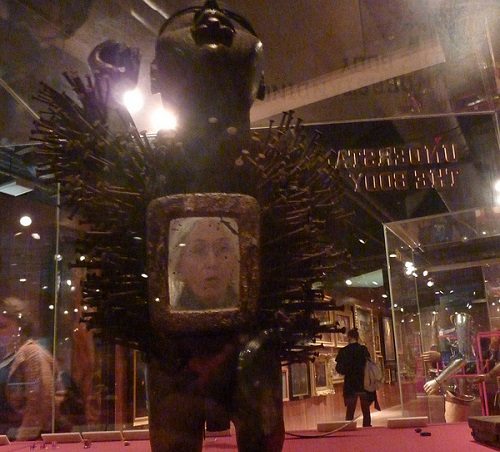 How can museums become more interactive and encourage bending and posturing and posing? Voilà! Welcome to #MuseumSelfieDay. On January 21st, people were encouraged to go to a museum and interact with art. Twitter and Instagram were the platforms of choice for sharing pictures. Some of the pictures were taken by museum staff to promote exhibits, with a few memes standing out:

Director Malcolm Rogers kicks off #MuseumSelfie day! Share a #selfie in one of our galleries and we’ll RT our favs. pic.twitter.com/EpRdEq2xCn

The relationship between selfies and museums did reach a new tipping point after the most recent Christmas. One of the best-selling gifts of Christmas 2014, the selfie stick, is not allowed in most museums. Bring your smartphone or your camera, but camera-extension devices are not allowed. The sticks raise concerns of potential accidental damage to the artwork or other visitors.—Jeanne Allen