Must Nonprofits Change Their Relationship with Bill Cosby? 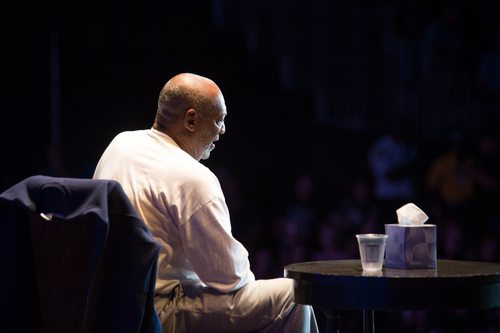 The spate of sexual assault accusations against 77-year-old comedian Bill Cosby has led to the cancellation of new Cosby television projects, one an NBC sitcom, the other a Netflix comedy special. Cosby has not been arrested or charged with any crimes; the incidents under recent discussion occurred some years ago, though one case was settled between Cosby and an accuser in 2006.

As a national figure and an educator who has spoken out on issues of race, Cosby has a profile in the nonprofit sector. He has been a member of a number of nonprofit boards:

Although not on their boards, Cosby has been a featured host and fundraiser for nonprofits such as the Jazz Foundation of America, the Thurgood Marshall Fund, and the Boys and Girls Clubs of America (he is a B&GC alumnus).

The charges against Cosby stretch back more than a decade, with the inciting incidents going back even farther, but a recent recorded routine by comedian Hannibal Buress caused the story to resurface and go viral, inspiring many of the original accusers to repeat their stories and formerly silent women, including former model Janice Dickinson, to bring new tales to the public eye. Cosby’s lawyer issued a blanket denial of these accusations, but later had to clarify that the denial referred to all except the one settled in 2006, which he described as “resolved to the mutual satisfaction” of both parties. Cosby himself has remained silent on the issue.

Given the nonprofit sector’s history of action against sexual assault, should nonprofits be distancing themselves from the famous comedian as well? Or, as some suggest, should this latest array of coverage of Cosby’s alleged past actions be dismissed? Tell us what you think about the current public dynamic concerning Cosby and the allegations being raised by a number of women regarding charges of sexual assault.—Rick Cohen: