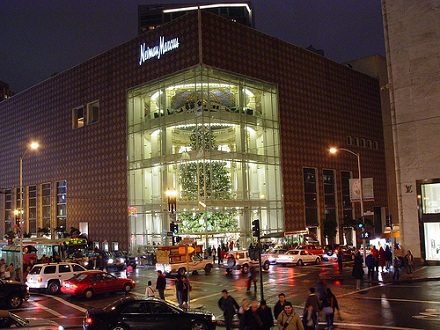 Revente’s Last Call is a two-year-old thrift store established by a local businesswoman in Columbia, South Carolina to help fund a women’s shelter. The shelter helps women emerging from bad situations, such as drug addiction or jail, get back on their feet. But the store is being threatened by Neiman Marcus with a legal suit because, as Neiman Marcus states in its letter to the thrift store, it owns the trademark for the term “Last Call” where clothing sales is concerned.

(This story reminds us of another excruciatingly dumb legal action.)

Neiman Marcus (sometimes informally known as Needless Markup) uses the “Last Call” trademark for their outlet stores where they sell items that are out of season. They do not have a “Last Call” store in South Carolina. Company spokeswoman Ginger Reeder said, “We’re not trying to shut them down. We’re not trying to get in the way of their good work,” she said. “What we do need to protect is our trademark. We have to be consistent.” She says she wants to work out an amicable solution.

In the two years it has been open, Revente’s Last Call has donated 100 percent of its profits to the shelter – more than $40,000.

James Smith, a Columbia state representative, is acting as pro-bono attorney on the trademark-infringement case and is in discussion with Neiman Marcus officials. “They appreciate the mission behind what Debbie’s doing with Revente’s Last Call,” Smith said, referring to the store’s owner, Debbie McDaniel. “My hope is out of this comes an even greater opportunity for the Women’s Shelter.” –Ruth McCambridge